TOOL members Danny Carey (drums), Justin Chancellor (bass) and Adam Jones (guitar) will take part in a series of music clinics next month. The musicians will give fans a behind-the-scenes look at the group's music that will include discussing their writing process, dissecting tracks, as well as having an open question-and-answer discussion. Ticket holders will also receive exclusive commemorative merchandise.

Tickets go on sale Friday, April 13 at 10 a.m. local time. A limited number of tickets have been allotted for Tool Army members, available Wednesday, April 11 at 1 p.m. ET via the band's webstore.

Jones stated in January that the music for TOOL's new effort was finished, later writing that the recording sessions would begin in March. Frontman Maynard James Keenan revealed in February that he had finished writing the "words and melodies" to all but one new song for the new disc.

Still to be determined are a title and release date for the new disc, although Carey said in several interviews that it would be out sometime this year.

Work on the new record did not get underway in earnest until perhaps the last year or so.

Keenan also sings on the new album from A PERFECT CIRCLE, which arrives later this month. 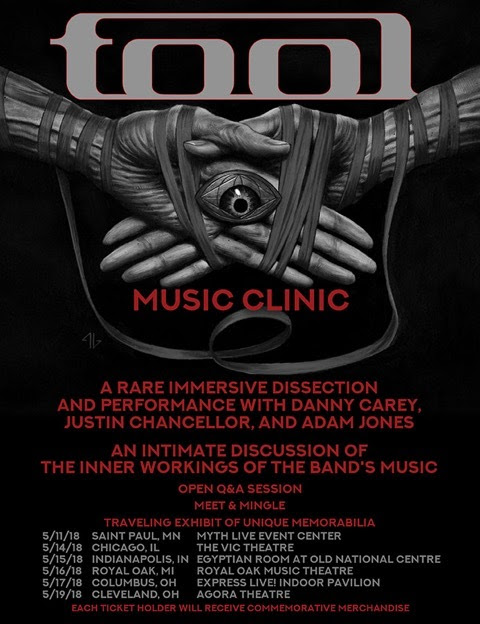