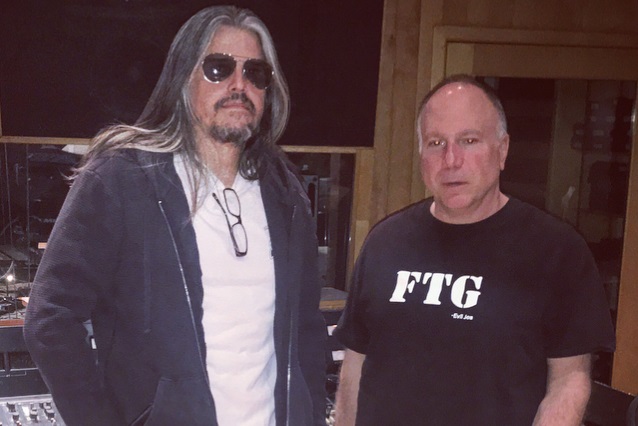 TOOL guitarist Adam Jones stated in January that the music for the band's first new effort in more than 12 years was finished, later writing that the recording sessions would begin in March. Meanwhile, frontman Maynard James Keenan revealed last month that he had finished writing the "words and melodies" to all but one new song for the new disc.

Still to be determined are a title and release date for the new disc, although drummer Danny Carey said in several interviews that it would be out sometime this year.

Jones told The Pulse Of Radio not long ago that he never likes to set a date for an LP's arrival. "I don't want to predict, 'cause every time we do, it comes out, 'Oh, TOOL says the record's gonna be done by the end of the year.' So I'm not gonna say," he said.

Work on the new record did not get underway in earnest until perhaps the last year or so.

Keenan also sings on the new album from A PERFECT CIRCLE, which arrives in April.

~ Preproduction Gigahorse ?? ~ Excited to be working again w the Immortan Evil Joe Barresi @eviljoebarresi *however our first choice was #PhilSpector - but he has other conflicting work obligations ?#FTG