California's biggest rock festival will feature over 35 bands on three stages at Discovery Park, conveniently located near downtown Sacramento, where the American and Sacramento Rivers meet.

The current daily music lineup for Monster Energy Aftershock is as follows:

"We're excited to give fans a once in a lifetime opportunity to see TOOL, AVENGED SEVENFOLD, PRIMUS, SLAYER, KORN, DISTURBED and the rest of this great lineup all together during this special weekend. Discovery Park is such a unique venue that allows us to put on an experience on a grand scale, but in an intimate setting that sets Aftershock apart," says Monster Energy Aftershock founder and producer Danny Wimmer of Danny Wimmer Presents.

Monster Energy Aftershock tickets go on sale Wednesday, June 8 atnNoon PT at www.AftershockConcert.com. Tickets are limited and will go fast. Fans are encouraged to buy early so they don't miss out on the chance to see so many iconic rock bands at one American festival.

Tickets and VIP packages will initially be priced as follows (increasing in the coming weeks): 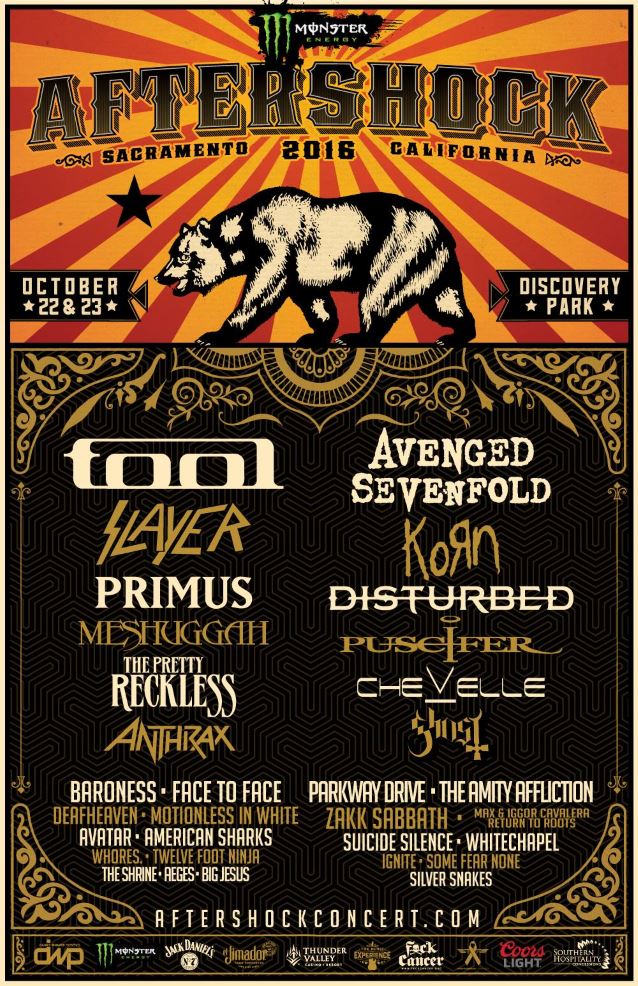