TOOL has announced a six-week North American tour, launching the trek on October 13 at the Aftershock festival. Tickets are on sale September 6 at 10 a.m. local time, with a limited number of tickets will be available to Tool Army members on September 4.

Support on the trek will come from KILLING JOKE.

TOOL's fifth album, "Fear Inoculum", arrived on August 30 via RCA. The 85-minute collection was produced by TOOL, with Joe Barresi engineering and mixing the release. Barresi also worked with the band on "10,000 Days".

The physical edition of the album includes seven songs, while the digital edition contains 10 cuts, including the closer "7empest", which is almost 20 minutes long.

As previously reported, the "Fear Inoculum" title track recently became the longest song to ever land in the Billboard Hot 100. The TOOL cut, which entered the chart at No. 93, has a running time of 10 minutes 21 seconds, 24 seconds longer than the previous record holder, David Bowie's "Blackstar". 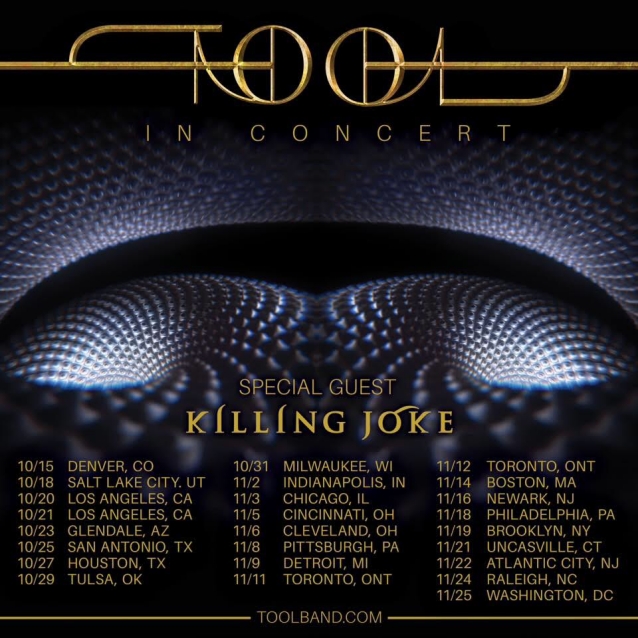