Tanzan Music and "Tony Iommi Fan-Tastic" team of Iommi supporters together with Facebook communities "Tony Iommi The Man The Master The Legend" and "Global Black Sabbath Convention" have announced the release of the compilation tribute in honor of BLACK SABBATH's true heart and soul, legendary riffmaster Tony Iommi.

Due on May 4, the first-ever tribute to Iommi, titled "Great Lefty: Live Forever - Tribute To Tony Iommi, Godfather Of Metal", is an act of solidarity towards Tony from pals and fans. The tribute includes participations of well known artists, best BLACK SABBATH tribute bands from all around the world, and the bands and solo artists "children of Iommi" as having Iommi's music as their major influence. All the songs are kindly donated for the cause. The profits from compilation sales will be destinied to Macmillan Cancer Support.

Some of the artists participating are:

Also appearing is a young talented artist Kyle Cousins, singer and songwriter, huge Iommi fan, who also happens to have autism. He began his journey with autism at two years old by losing all his language. Through years of intensive interventions, he has made continual progress; so much so that now he loves nothing better than to express himself onstage through his music.

Cousins champions the autism awareness movement, being a source of hope and inspiration for the autism community. 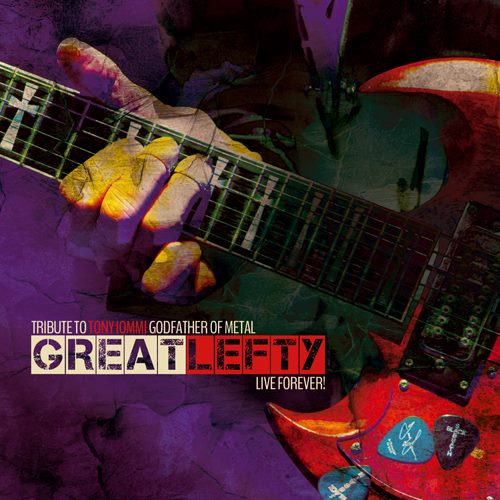