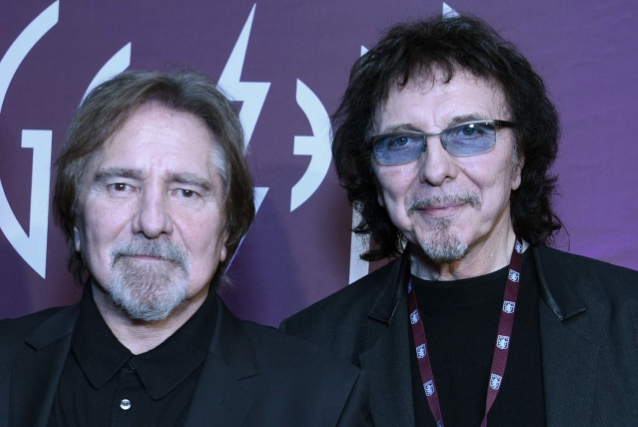 The official naming of the "Black Sabbath Bridge" in honor of Birmingham's legendary heavy metal rockers is taking place in the heart of the city's entertainment district later this month.

Two BLACK SABBATH founding members will be attending the extraordinary event at the road bridge — which crosses the canal on Broad Street — at 3 p.m. on Wednesday, June 26.

Tony Iommi and Geezer Butler will be cruising on to the scene aboard a narrowboat to unveil the new bridge signage from the canal below the bridge, with hundreds of BLACK SABBATH fans expected to flock to the city to watch.

Tribute band SABBRA CADABRA will be based on a nearby canal island to provide heavy metal entertainment throughout the event.

As well as the new bridge name, a uniquely designed "heavy metal bench" incorporating images of the band's original four members will be permanently based on the bridge, and this is expected to become a major new tourist attraction for the city.

Westside BID originally unveiled the bench to fans at a private ceremony at St Luke's Gas Street Church in February, which means the bridge-naming event on June 26 will also be its public launch.

Mike Olley, general manager of Westside BID, said: "We're grateful to the Canal & River Trust and Birmingham City Council for helping us to realize our ambition to pay this special tribute to BLACK SABBATH.

"On 26 June, Tony Iommi, Geezer Butler and other VIPs will board the narrowboat which will sail down to the canal island opposite the National Sea Life Centre where the SABBRA CADABRA tribute band will be playing.

"The barge will be hooked up to the sound system on the island so that Tony and Geezer can say a few words to all the fans watching. They will then sail down beneath the bridge to pull the cords to unveil both the new Black Sabbath Bridge signage and the heavy metal bench.

"It's going to be a wonderful event, and there is plenty of space on the canal footpaths, nearby bars and the bridge itself for all the BLACK SABBATH fans we are expecting to come to watch."

Ani Sutton, community engagement manager at the Canal & River Trust, said: "We're thrilled to be involved and look forward to seeing hundreds of people enjoying this event on the canal in Birmingham — which is also celebrating its 250th birthday this year.

"The bench looks fabulous and by working closely with Westside BID we have created a new location on a renamed bridge that not only can Brummies be proud of, but which will also draw tens of thousands of tourists to the city and the canal in the years to come."

Iommi said: "The bridge name and commemorative bench are both terrific and we're thrilled that everyone can now enjoy what has become a special location for BLACK SABBATH history."

Butler said: "I can't wait for what's going to be such a memorable event, and one where I can once again thank the loyalty of our great fans."

Coun Waseem Zaffar, the cabinet member for Transport and the Environment at Birmingham City Council, said: "We are delighted to name this new bridge in honour of BLACK SABBATH, one of the greatest bands to come from Birmingham."

The unveiling coincides with a major Home Of Metal exhibition celebrating BLACK SABBATH and the band's legacy, which runs from June 26 to September 29 at the Birmingham Museum And Art Gallery. 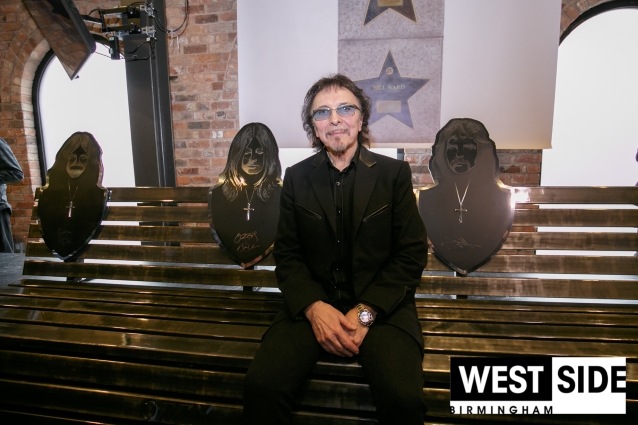 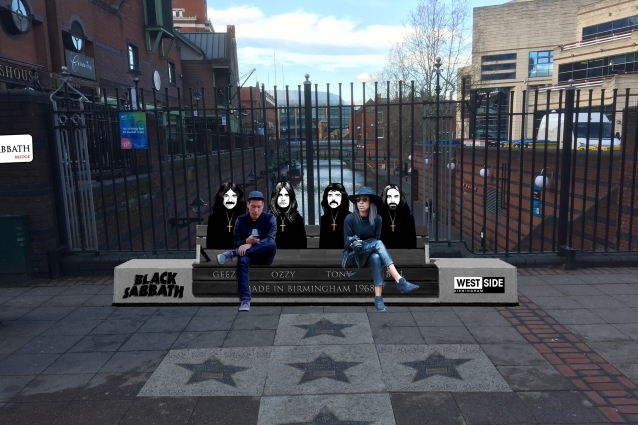