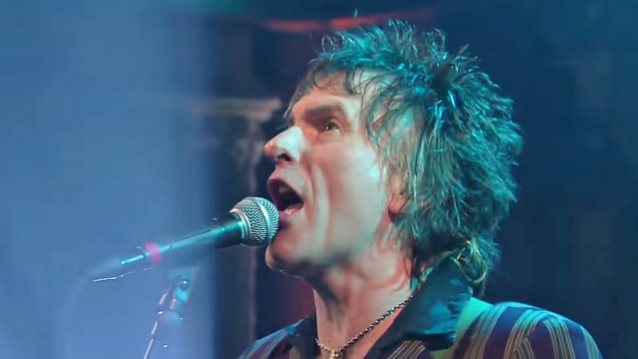 Former GUNS N' ROSES bassist Tommy Stinson spoke to Rolling Stone about his 2014 departure from the band, which happened after his marriage "went fuckin' south in a bad, bad way" forcing him to become a "fuckin' full-time dad — and happily a full-time dad."

"I wasn't intending to quit GUNS N' ROSES," he said. "But I had to tell them, I think, five times in a row my situation at home was so screwed up I couldn't tour. I hope that was the thing that pushed the reunion [with Slash and Duff McKagan] to happen, because I know all those guys and they're having a ball. I saw the tour twice. I'm glad for them."

Stinson also revealed that much of the material GUNS N' ROSES recorded during his tenure has yet to be released. "There's some stuff with lyrics, some without," he said. "We did a lot of stuff that was supposed to be on 'Chinese Democracy' — the record was meant to be more than one disc, but after spending so much time on it we just had to put an end to it. There's also stuff that was held over from [the original lineup] before they all disbanded, so there's some stuff that should someday see the light of day."

Stinson, who was in GUNS N' ROSES from 1998 until 2014, recently told Observer that he didn't miss the GN'R gig. "I miss the people a whole lot and obviously you miss the fans and stuff like that," he said. "But where I'm at in life right now, that's just a whole thing that… I'm not saying I'd never do it again but I'm kind of glad I moved on from that. It really was a lot, and it really required, sadly, because of my circumstances with my ex-wife, to have to put a whole lot of crazy shit into play just to be able to do those tours towards the end, because I had this young daughter."