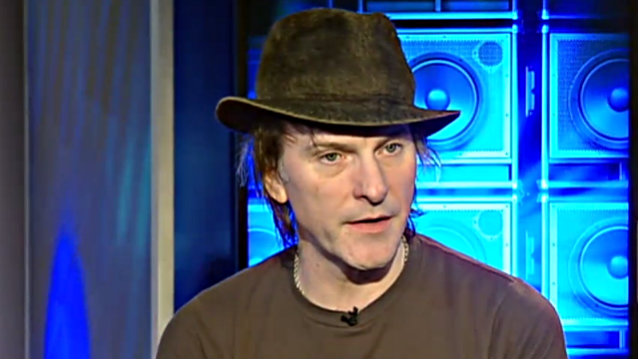 Former GUNS N' ROSES bassist Tommy Stinson says that he has "nothing bad to say" about his time with the band.

Stinson, who was in GN'R from 1998 until 2014, told Fox News (see video below): "When they asked me to play in the band, I thought the idea of… Axl [Rose, GUNS N' ROSES lead singer] had the name, he owned it; it was his band. I thought what he was aiming to do to preserve himself and preserve his career and to keep going forward, I thought, was pretty punk rock. And I thought, you know, as ideas go, this is one of 'em, and it's a pretty good one. I thought it was pretty huge. And cut to eighteen years later, I really… I have nothing bad to say. I went and saw two of the reunion shows, and they're doing great. They're all my friends. They're having a ball. I keep in touch with them. You know… Good for them."

Stinson previously told Rolling Stone magazine that his split with GUNS N' ROSES happened after his marriage "went fuckin' south in a bad, bad way" forcing him to become a "fuckin' full-time dad — and happily a full-time dad."

A founding member of the seminal Minneapolis-based rock band THE REPLACEMENTS, Stinson last played with GUNS N' ROSES at a 2014 show in Las Vegas.