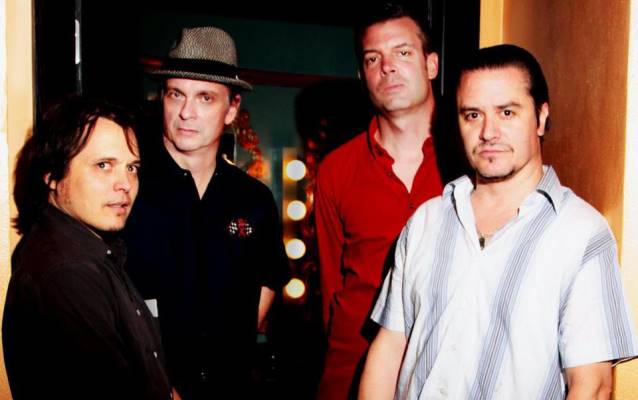 Two extra tracks from the sessions for "Oddfellows", the 2013 album from TOMAHAWK — the alt-rock supergroup featuring Duane Denison (THE JESUS LIZARD, UNSEMBLE), Mike Patton (FAITH NO MORE, FANTÔMAS), John Stanier (BATTLES, HELMET) and Trevor Dunn (MELVINS LITE, MR. BUNGLE) — will be made available as a limited-edition seven-inch single on May 13. The digital release for "M.E.A.T." is set for June 4.

TOMAHAWK's first CD in over six years, "Oddfellows" sold 5,700 copies in the United States in its first week of release.

TOMAHAWK's video for the "Oddfellows" title track can be seen below. The live clip, which features an assortment of animation and appropriately odd graphics, was filmed and animated by Vincent Forcier.

In a November 2012 interview with Nashville Scene, Denison stated about "Oddfellows", "Some of this album is, to me, fairly straightforward hard rock, and then some of it is ... I don't know what you'd call it — avant-pop or something? If anything, I think the album is a bit hookier and has bigger choruses than anything we've done. There's a lot of group vocals from song to song, almost these Greek choruses showing up. To me, it's kind of depressing when I go see a band or hear a record where the songs all have a similar rhythmic feel or the vocals always start on the downbeat. At the same time, you don't want things to be so different that it doesn't even sound like it's the same band. You want it to sound like it's the same people with the same point of view — you're just expressing it in a different way."