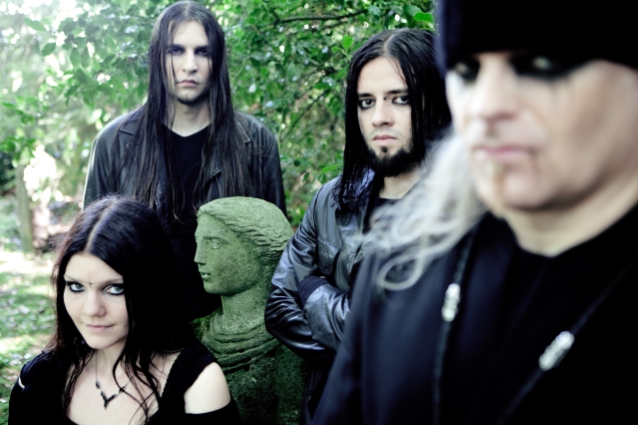 TRIPTYKON will return to Roadburn festival in Tilburg, The Netherlands in 2019 to perform the full CELTIC FROST/TRIPTYKON three-part "Requiem", complete with orchestral accompaniment.

Having previously performed at the festival in 2010 and 2014 with TRIPTYKON, and taken on curatorship duties for the former (selecting bands such as SARKE and THORR'S HAMMER to perform), Tom Gabriel Fischer (a.k.a. Tom Gabriel Warrior) will be back at Roadburn on Friday, April 12, 2019.

The first part of the three-part "Requiem" appeared on CELTIC FROST's "Into The Pandemonium" and was titled "Rex Irae". The third part, titled "Winter", was brought to life on the CELTIC FROST album "Monotheist" in 2006, and until now, the missing second part has remained incomplete.

Tom explains: "The intention to finish the full 'Requiem' remained with me. I was going to do it one distant day with TRIPTYKON, the group I formed to continue to pursue the path I began in HELLHAMMER and CELTIC FROST. It was 2018, yet again 16 years after I last worked on the 'Requiem', when Walter Hoeijmakers, founder of the legendary Roadburn festival and one of my most beloved friends, contacted me to propose Roadburn as the venue to perform, at long last, the finished 'Requiem'.

"Walter and his team very kindly provided for the resources necessary for such a substantial undertaking, and so, at 54 by now, I found myself commencing work on the second and thus final part of the 'Requiem' this year.

"The three parts of the 'Requiem' will therefore be performed by TRIPTYKON at Roadburn 2019, with full classical orchestration, congregated specifically for this occasion by Florian Magnus Maier, who is our esteemed classical collaborator and arranger in this project, and whose patience with me appears to be limitless. We feel very proud and deeply honoured to be joined in this endeavour by the renowned Dutch Metropole Orkest."

Click here to read more from Tom about the history of the "Requiem".

CELTIC FROST / TRIPTYKON "Requiem", as performed exclusively by TRIPTKYON and the Dutch Metropole Orkest at Roadburn 2019:

2018 marked the first occasion when Roadburn commissioned artists to create music especially for the festival, with Waste Of Space Orchestra and Vánagandr: Sól Án Varma both delivering spellbinding performances to enraptured audiences. The commissioning of the CELTIC FROST/TRIPTYKON "Requiem" is possible due to the continued support of Brabant C and city of Tilburg. 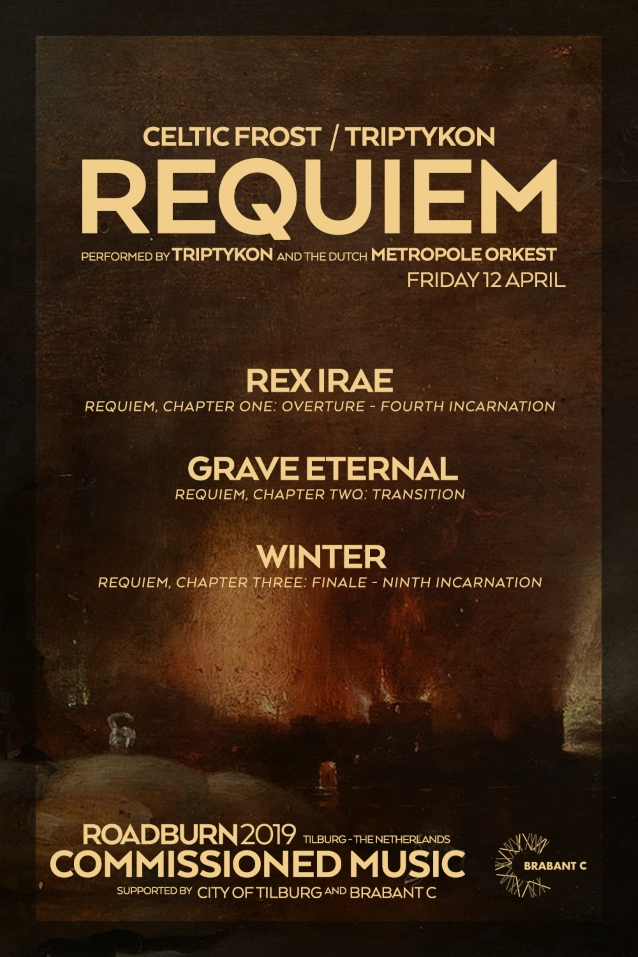