"I always intended to make CELTIC FROST's 'Synagoga Satanae' part of TRIPTYKON's live set when the moment comes to take our group onstage, and I was thus going to begin playing it with TRIPTYKON in due course. But last Friday night, V. Santura suggested we begin playing it now. So we did. And during Saturday's eight-hour rehearsal session, I sang 'Synagoga Satanae' for the first time since CELTIC FROST's last-ever performance at Circo Volador in Mexico City on October 13, 2007.

"It was a defining and symbolic moment for TRIPTYKON. And yet it is only the beginning.

"It also made me grin to myself: if we play 'Synagoga Satanae' and 'The Prolonging' live in the same set, that's nearly an entire concert right there."

Commented Fischer: "TRIPTYKON will sound as close to CELTIC FROST as is humanly possible, and the album I am working on will feature all the material I envisioned for the successor to [CELTIC FROST's] 'Monotheist'. I desire the album to be a darker, heavier, and slightly more experimental development of 'Monotheist'.

"'Crucifixus' is but one of many compositions to that end. TRIPTYKON is not defined by just this one song, however, just like CELTIC FROST was not defined by 'Totengott' alone."

Fischer announced his departure from CELTIC FROST in April 2008, citing "the irresolvable, severe erosion of the personal basis so urgently required to collaborate within a band so unique, volatile, and ambitious."

Fischer recently spent time in Norway as an invited guest of the Norwegian black metallers 1349 while they were recording their new album, "Revelations Of The Black Flame". He previously joined 1349 on stage during the band's appearance at the Inferno festival on March 22, 2008 in Oslo for a rendition of the CELTIC FROST classic "The Usurper". 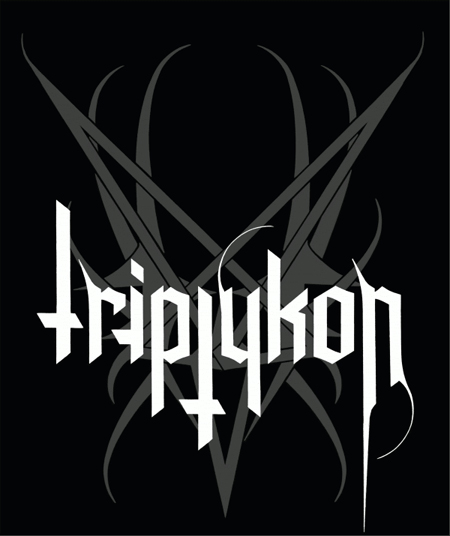