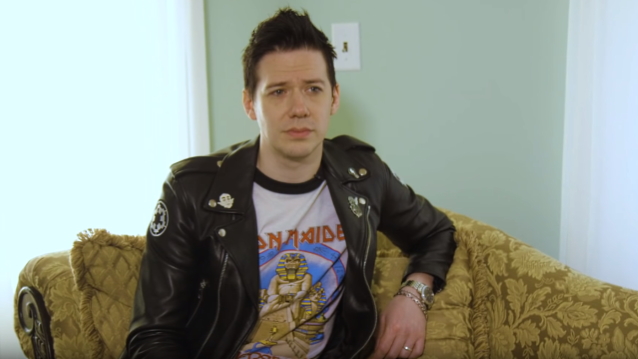 During a recent conversation with Loudwire, GHOST leader Tobias Forge shot down the suggestion that Dave Grohl is collaborating with the band. Aside from producing and playing both drums and guitar on the 2013 EP "If You Have Ghost", Forge says the FOO FIGHTERS frontman has only served "as an inspriration, not much more than that."

He adds, "Of course, FOO FIGHTERS have been very supportive fans and took us out on the road, but nothing more than that. He's not been sort of involved in other records, if that is what people are thinking."

Earlier in the month, Forge revealed to Finland's Kaaos TV that he will record one new song in January before getting to work on GHOST's fifth album.

He explained: "After New Year's, I'm gonna go into the studio. First, I'm gonna record one song that's gonna be part of something that we will know of in the year from now. So that's the first thing... that's gonna be the first or second week in January — after that, I'm just gonna start full time, Monday through Friday, being in the studio writing."

The new GHOST album will be out in early 2021 and will follow up 2018's "Prequelle", which contained the rock radio hits "Rats" and "Dance Macabre".