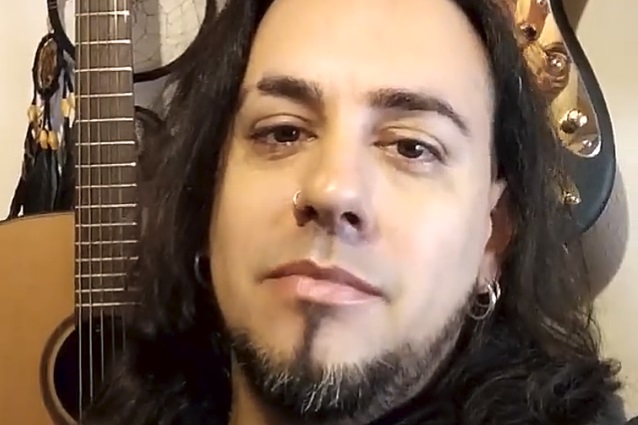 Norwegian rockers TNT have recruited Baol Bardot Bulsara as their new singer. The Spanish vocalist made his live debut with TNT on Wednesday, November 22 at the Oslo Spektrum on Oslo, Norway, where the band performed as the support act for the SCORPIONS.

TNT said in a statement: "This will be a new chapter for TNT and we wish Baol Bardot Bulsara welcome as our new singer. A big thank you to all the people that welcomed him in Oslo Spektrum on Wednesday and for supporting us. We look forward to a new year with gigs and a new album coming up soon!"

Baol stated in a video message: "I'm very happy and very grateful to be here, to be a part of the TNT family now. This is a dream come true for me, actually, because I've been a fan of TNT since my teens. You could say I grew up listening to the band. So this is kind of a strange karma for me, you know.

TNT announced last month that it was once again parting ways with American vocalist Tony Harnell.

Harnell previously quit TNT in January 2015 after a fifteen-month stint with the band.

This will be a new chapter for TNT and we wish Baol Bardot Bulsara welcome as our new singer. A big thank you to all the people that welcomed him in Oslo Spektrum on Wednesday and for supporting us. We look forward to a new year with gigs and a new album coming up soon!

Here’s a personal message from Baol Bardot Bulsara - Singer to our fans!