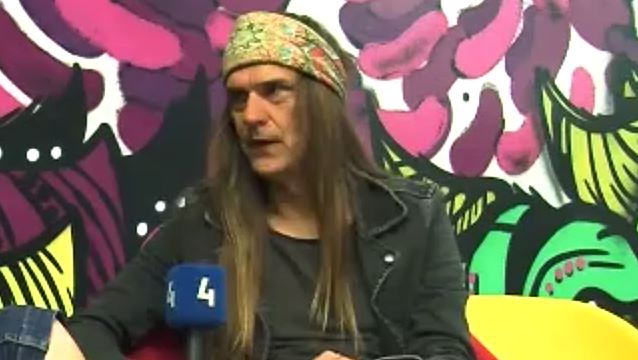 Asked what rock bands he listens to in his spare time, Ronni said: "It's pretty much CITY BOY, a British band from late '70s that I listen to when I listen to rock. [I don't listen to] many other bands, actually. [laughs] I have a big BEATLES collection. I think something happened with hard rock in… I don't know… '79 [or] '80, including my own shit. Rock was just better before 1980."

Fan-filmed video footage of TNT's July 17 performance at On The Rocks in Helsinki, Finland can be seen below.