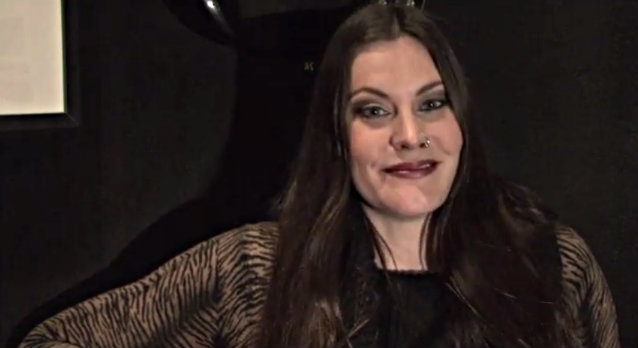 Finnish composer/producer and guitar player Timo Tolkki has tapped Dutch singer Floor Jansen (NIGHTWISH, REVAMP) to lay down the main vocals on the follow-up to TIMO TOLKKI'S AVALON's debut album, "The Land Of New Hope". Jansen will also take part in TIMO TOLKKI'S AVALON's upcoming European tour which is planned for May 2014. Other guest musicians who appear on the new TIMO TOLKKI'S AVALON CD include EPICA singer Simone Simons and two members of an early incarnation of STRATOVARIUS: Tuomo Lassila (STRATOVARIUS' founder) on drums and Antti Ikonen (the original keyboard player of STRATOVARIUS) on keyboards.

Jansen sings lead vocals on the first single and promotional video from TIMO TOLKKI'S AVALON's forthcoming album. The single and the video will be made available in March.

The recordings for the new TIMO TOLKKI'S AVALON CD are taking place at East Sound Studios in Helsinki, Finland. Tolkki states: "I am right now recording probably the best vocalist I have worked with in my whole career.

"This has been a jaw-dropping experience and I thought I have already seen it all. Floor has proven me wrong. For example, in the 10-minute title track of the album, she delivers, in my opinion, the best vocals of her career so far.

Tolkki's sequel to his first metal opera will feature 11 tracks and will be released in late spring via Frontiers Records.