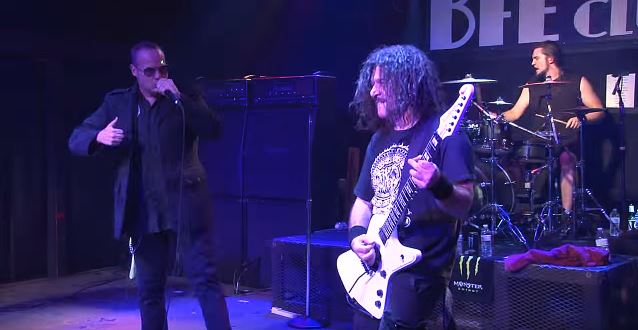 Montazeri recently described HEAVY AS TEXAS as "a southern groovy band." He told the "Do You Know Jack?" radio show: "It's got extreme levels to it, but it's not just an all-out extreme band, to label it that. I always called it 'heavy Texas blues and beyond.' The 'beyond' part is all the psychedelic stuff, man."

He continued: "You know, growing up with [BLACK] SABBATH and [LED] ZEPPELIN and PINK FLOYD. And then getting into other bands, growing up… I saw a movie my dad took me to called 'Thief' with James Caan and I just remember seeing that movie and thinking, 'Damn, man, the soundtrack was so killer.' I'd come to find out it was a band called TANGERINE DREAM. So a lot of those bands kind of played a big role… I always loved the long epic rock songs. And a lot of '70s, late '60s influence, so that is the core of HEAVY AS TEXAS. But then you add to it the tone that I have today and the way we write today, and it's kind of different."

Marzi stated about his split with the ILLEGALS: "I haven't spoken to any of 'em, and I found out through the Internet that I wasn't in the band. But we're gonna leave it at that, man. I wish them the best. And I'm doing my thing, and there's no hard feelings on my camp or me, period. And if anything, I appreciate the fact that Philip gave me a chance so that the rest of the world could know who I am. That's that, man." 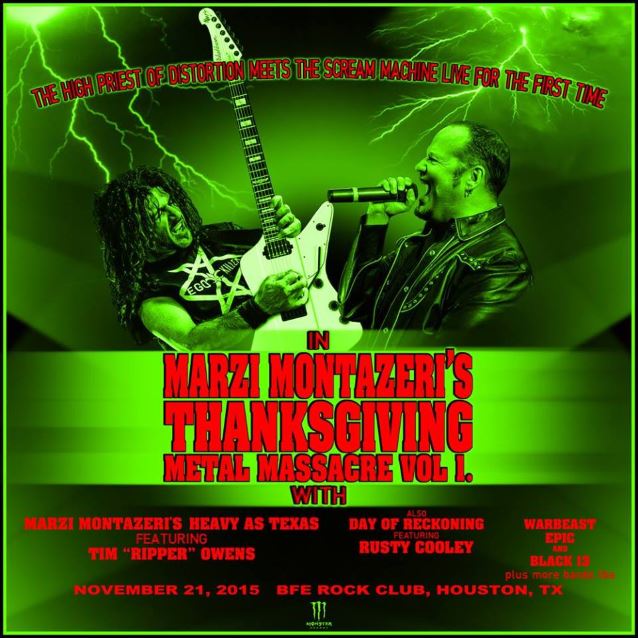