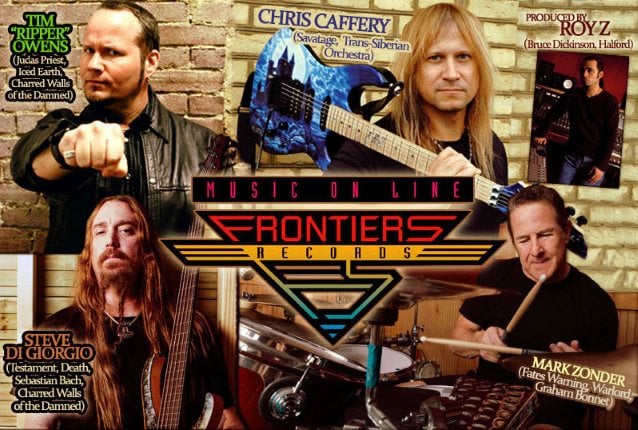 Frontiers Music Srl has signed a handful of American metal musicians to collaborate on a new musical project. The songs that will comprise the first album are being composed by guitarist Chris Caffery (SAVATAGE, TRANS-SIBERIAN ORCHESTRA) and vocalist Tim "Ripper" Owens (JUDAS PRIEST, ICED EARTH, CHARRED WALLS OF THE DAMNED). Enlisted to help with the writing and to produce the entire venture, including recording and mixing, is Roy "Z" Ramirez (BRUCE DICKINSON, HALFORD). Completing the lineup is the powerhouse rhythm section of bassist Steve DiGiorgio (TESTAMENT, DEATH, SEBASTIAN BACH, CHARRED WALLS OF THE DAMNED) and drummer Mark Zonder (FATES WARNING, WARLORD).