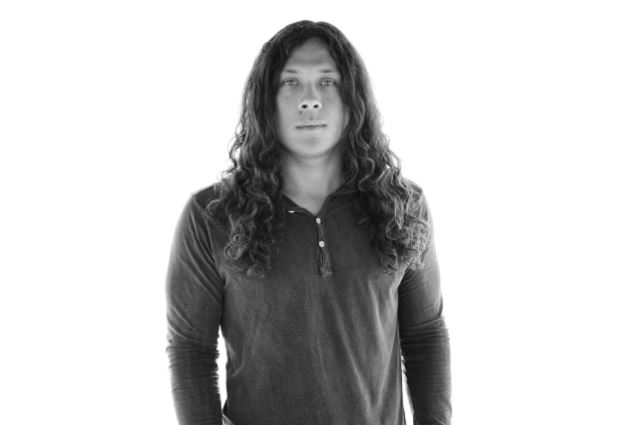 Ex-AS I LAY DYING guitarist Nick Hipa (pictured) says that Tim Lambesis is "still the same sort of personality at his core," more than two years after the AS I LAY DYING frontman was given a six-year prison sentence without probation for attempting to hire a hitman to kill Tim's estranged wife, Meggan.

Hipa, who has since cut ties with Lambesis, told Billboard in a new interview that he was angered that the singer was given a platform to defend his actions when Alternative Press published an exclusive interview with Tim in May 2014, just minutes after Lambesis received his sentence. "The day he had to account for what he had done, all this comes out," Nick said. "And then the response to that was a lot of people supported him. A lot of people said negative things about Meggan and her family, and it was very hurtful to them. They felt like [as] the victims of the situation [they] never had a voice, never stood a chance."

Hipa added that the Alternative Press article "set the tone for so much of what we would encounter for the next year and a half. You get things like that that would come out, and people would chime in on it. It would shape the way that people viewed us and what we were doing. People would go out of their way to personally tell me how terrible a dude I was, how much they hoped awful things would happen to me and my family."

He continued: "None of them know those kids or [Meggan] like we do. They don't understand what he put them through to get her to a place to be like, 'You know what? I have to protect these children from you.' If anyone can look at the situation objectively, they can even see this guy tried to have someone murdered, and his reasoning was that he was on steroids so he was unable to think rationally, and he lost his religion, so he wasn't able to make any moral decisions. This is who he says he was at the time, and that's why he tried to kill her. If that's the type of person you're admitting to being, what sort of good mother do you think would let their kids hang around with that [kind of] personality?"

Nipa also commented on the recent report that Lambesis had filed a $35.5 million lawsuit against a California medical team alleging that he was not given a prescribed medication for nearly two months prior to his incarceration, resulting in him developing gynecomastia (enlarged breasts).

"It's sad to see somebody that we spent so much of our lives with end up in such a place," Hipa said. "He could have made such a great impact on this world, but he just gave in to the worst parts of himself. Even more discouraging for me is the fact that he's trying to file a lawsuit for that amount. It says to me he's still the same sort of personality at his core; nothing has changed. He thinks of himself a certain way, and he thinks of himself in a situation he created as a victim."

Hipa, along with his one-time AS I LAY DYING bandmates Jordan Mancino (drums) and Josh Gilbert (bass), is playing in a new group called WOVENWAR, also featuring Shane Blay (vocals) of OH, SLEEPER.

WOVENWAR will release its sophomore album, "Honor Is Dead", on October 21 via Metal Blade Records.