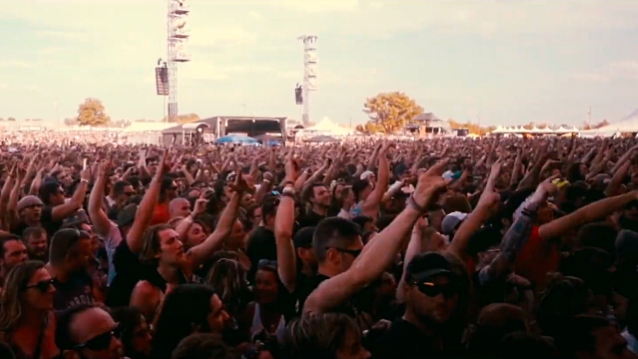 Ticketing company Ticketmaster has announced it will issue refunds for more than 18,000 events postponed due to the novel coronavirus pandemic.

According to Billboard, starting May 1, once postponed shows announce the rescheduled dates, fans will begin to receive e-mails from Ticketmaster to initiate a full refund. Fans will then have 30 days to request a refund; otherwise their ticket will be good for the rescheduled date.

Live Nation Entertainment, the global concert giant that owns Ticketmaster, will also offer fans an option to receive credit for future shows as well as the opportunity to donate their tickets.

"For cancelled shows, refunds will be automatically processed within 30 days, unless fans voluntarily opt into other programs," a statement from the company reads. "Live Nation venues will offer fans an option to receive a 150% credit for the value of their tickets to be used for a future Live Nation show. Fans will also be able to donate the proceeds of their refund to a charity to give concert tickets to health care workers, with Live Nation matching ticket donations."

Ticketmaster has reportedly canceled or postponed 30,000 events, totaling $2 billion in ticket sales. There are currently another 25,000 events still scheduled to take place through the end of 2020.

A Wisconsin man recently sued StubHub — the biggest marketplace for ticket resales — because the company dropped its refund policy, offering instead to issue coupons worth 120% of the purchase price in lieu of refunds.

Last month, S&P Global indicated that it is considering a serious downgrade of Ticketmaster's parent company, Live Nation, after taking on about $3.3 billion in long-term debt last year. "While the extent and duration of the impact on the live events industry are uncertain, we believe Live Nation Entertainment Inc.'s operating performance could be hurt by the growing number of postponed events, lower-than-expected attendance, or any future cancellations," S&P Global said.

There is little indication as to when we might get the coronavirus under control to the extent that public gatherings and normal business can resume. Even some of the more conservative estimates say certain areas may be locked down until the end of the summer and possibly into the fall.

Last weekend, Dr. Ezekiel "Zeke" Emanuel, one of the key architects of the Affordable Care Act and a special adviser to the director general of the World Health Organization, told The New York Times that he doesn't anticipate it to be safe to return to concerts, sporting events and other mass public gatherings for another 18 months.