The second video teaser for "Hels Vite", the forthcoming album from Swedish "viking metallers" THYRFING, can be viewed below. Due in Europe on October 22 via Regain Records, the CD was co-produced (with the band) by Jörgen Svensson of Tyroon Production and the cover artwork (see below) was created by the Swedish artist Mikael Schelén. The layout and the photos were handled by Jens Rydén.

THYRFING last year announced the addition of Jens Rydén as the band's new vocalist. Jens is best known as founding member and ex-vocalist of NAGLFAR and for his one-man army PROFUNDI.

THYRFING's fifth album, "Farsotstider" (in English: "Times of Plague"), was released in November 2005 via Regain Records. The follow-up to 2002's "Vansinnesvisor" (Hammerheart Records) was recorded at EMI Studio in Stockholm with producer Henrik Edenhed (LAMBRETTA, THE SOUNDS). 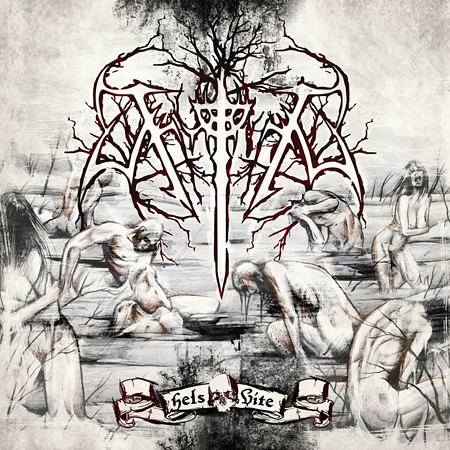