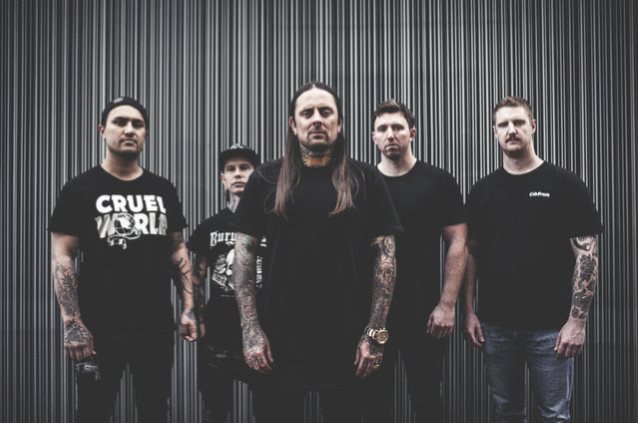 Guitarist Andy Marsh explains the album title: "'Dear Desolation' was the easiest way to sum up the new record, and some of the issues we talked about. With lyrics ranging from extinction level events, to mortality's interaction with morality, 'Dear Desolation' seemed like an appropriate address toward nothingness, a call into the abyss from which we might not hear an answer."

THY ART IS MURDER has also announced a fall 2017 European headlining tour, kicking off on September 29 in Munich, Germany.

Commented the band: "We are super stoked to return to Europe, and this time with more U.K. dates than we have played in a very long time. For too long we have neglected the U.K. and we are going to make up for it in style. Joining us on our album headlining tour will be our great friends and ridiculously heavy bands, AFTER THE BURIAL, OCEANO and Australian blackened hardcore juggernauts JUSTICE FOR THE DAMNED. We can't wait to bring our new record to the road, and this will mark the very first leg of the 'Dear Desolation' world tour."

McMahon blamed his drug addiction for his departure from the group and has vowed to move forward as "a new man." He wrote on his Instagram account: "You made me a rock star, you made me a God, you made me immortal. I owe my fans everything. I made myself a drug addict, I made myself a liar, I made myself lose and destroy friendships, I made my family and friends hurt. I come back to the world a new man who, with my closest friends (THY ART IS MURDER), will prove that we are the greatest, strongest, and most powerful force in metal, I will take no prisoners, we will crush all charts and expectations. We will take over the game and raise the bar so no one will touch it or us. I am C.J. McMahon and I will stand as a king with my brothers for the rest of time."

To cement McMahon's return to his rightful throne, the band released a brand new song titled "No Absolution". 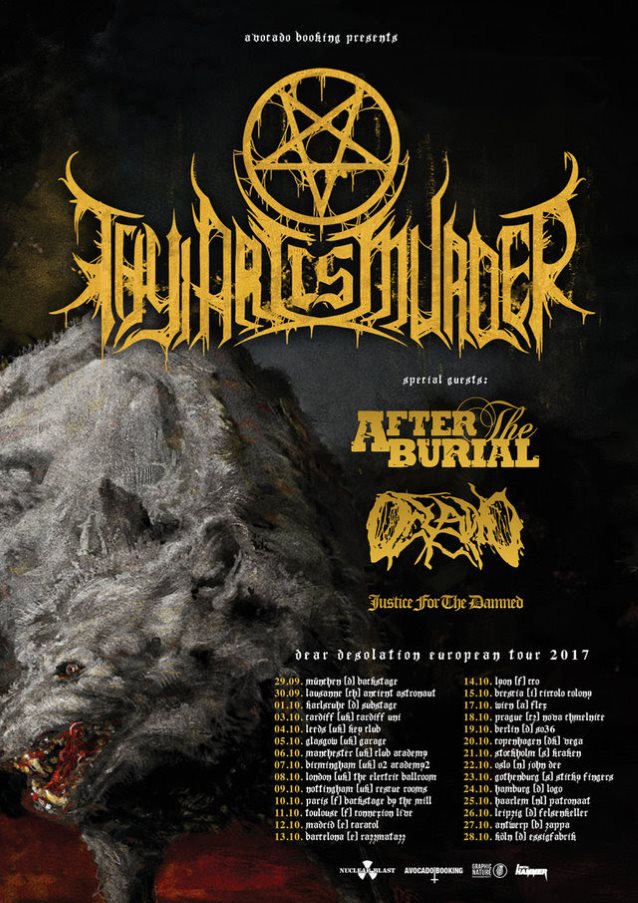