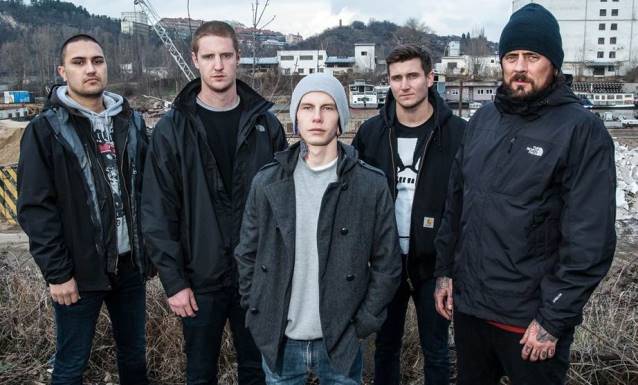 "Purest Strain Of Hate", the new video from Australia's hottest new extreme metal export THY ART IS MURDER, can be seen below. The song comes off the band's second album, "Hate", which was released in the U.S. on April 2 and in Europe on April 5 via Nuclear Blast Entertainment, the new U.S. partnership between Nuclear Blast owner Markus Staiger and former Roadrunner Records A&R chief Monte Conner. The CD was produced and mixed by Will Putney (SUICIDE SILENCE, BORN OF OSIRIS, FOR TODAY), with artwork created by Brent Elliot White (CARNIFEX, DEATH ANGEL).

THY ART IS MURDER will embark on a North American headlining tour later this month. Joining them on the trek, dubbed "Hate Across America", are I DECLARE WAR, FIT FOR AN AUTOPSY, THE LAST TEN SECONDS OF LIFE and KUBLAI KHAN. 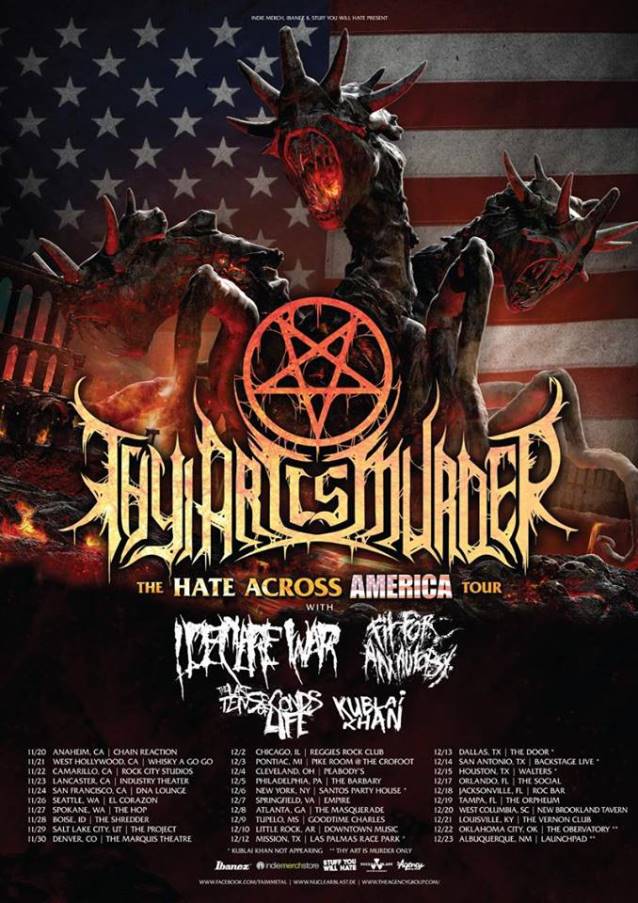