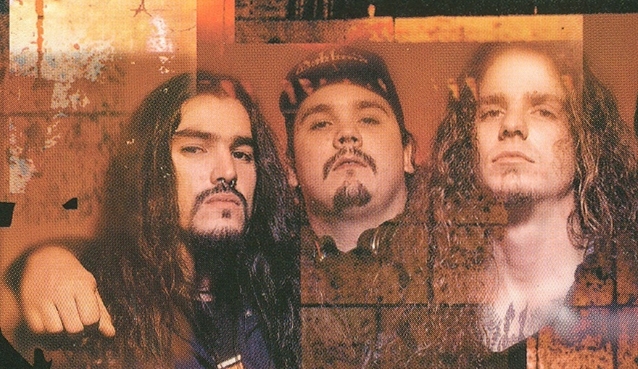 Three-fourths of MACHINE HEAD's "Burn My Eyes" lineup will reunite to celebrate the 25th anniversary of the classic debut album by performing the record on tour.

So far, two dates have been leaked, both in Italy:

Tickets will go on sale on Friday, March 29.

Released worldwide on August 8, 1994, "Burn My Eyes" was and still is considered to be one of the most important albums of its genre, garnering the band an unprecedented level of recognition and spawning a myriad of imitators — all from just MACHINE HEAD's first record.

"We really loved PANTERA and SEPULTURA, but we also started getting into BIOHAZARD," Flynn said in a 2007 interview. "Their guitarist Bobby Hambel was like Slash to us. He was a total fucking rock star. They were mixing hardcore with hip-hop beats and grooves and there was nothing else it. When we wrote 'Burn My Eyes', I was actually listening to more hardcore, hip-hop or industrial shit like NEUROSIS than actual metal."

Flynn said that "a big chunk" of "Burn My Eyes" was written with PAPSMEAR singer-turned-drummer Tony Costanza, who stepped in because Kontos, then still a member of ATTITUDE ADJUSTMENT and GRINCH, didn't have time to devote to MACHINE HEAD.

"Tony was from Vegas and he had heard of us and was like, 'Dude, I'll come out right now,'" original MACHINE HEAD bassist Adam Duce said. "We wrote eight songs with him. But then he left because he lacked experience and there were also some personal problems between him and some of the other guys. At the same time, Chris started to gain interest again, and he was the one we wanted in the first place. Tony quit because he felt like he was going to be fired. So, then Chris came back and worked on the record with us."

Asked by Metal Hammer if it bothers him that some fans still regard "Burn My Eyes" as MACHINE HEAD's best album, Flynn said: "No. The clincher for me, and this rarely happens, is when someone says, 'You should write 'Burn My Eyes' again,' but it'd be so phony! I'm not 24, fuckin' running around on the streets. It was real and that's why it came out the way it did. If I tried to do it now, it wouldn't be real. Those times made me who I am and affected me forever and I'm fearless because of them, but I'd like to think that I've aged gracefully and I hope to continue to do that. How dumb would it be for some [50]-something dude to be acting like some teenage gangster? It'd be ridiculous."

When he announced his departure from MACHINE HEAD, Demmel, who first played with Flynn in VIO-LENCE in the late 1980s and early 1990s, said in a statement saying that it was "simply time" for him "to step away and do something else musically." He later revealed in an interview that he was minimally involved in the making of MACHINE HEAD's latest album, 2018's "Catharsis", a record that he said he hated. He also said that MACHINE HEAD gradually "became a Robb Flynn solo project, and that isn't what I signed up for."

Duce, who played bass on "Burn My Eyes", was fired from MACHINE HEAD in February 2013. He was replaced four months later by MacEachern. Adam later sued MACHINE HEAD, claiming that the other bandmembers "simply kicked him out of the band and presumed he would forget about over two decades of hard work, dedication, and effort" he put into the group. Duce also said his likeness was used on the band's web site and in promotions without his authorization. The lawsuit was settled out of court in July 2014. 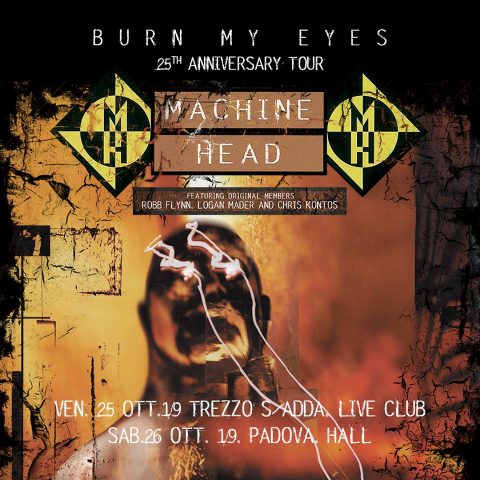