Canadian rockers THREE DAYS GRACE have shared their cover of Gotye's "Somebody That I Used To Know". THREE DAYS GRACE frontman Matt Walst says: "The first time I heard 'Somebody That I Used to Know', I got goosebumps. This has only happened to me a few times in my life. I remember listening to it over and over and just being happy. Music releases a mood enhancing chemical in the brain that can set good moods and peak enjoyment. Music is truly the best drug."

THREE DAYS GRACE's music video for "Somebody That I Used To Know" was directed by Mike Filsinger and can be seen below.

Last year, THREE DAYS GRACE extended its record for the most No. 1s in the 38-year history of Billboard's Mainstream Rock Songs airplay chart, with "Right Left Wrong" its 15th No. 1 single on the tally. 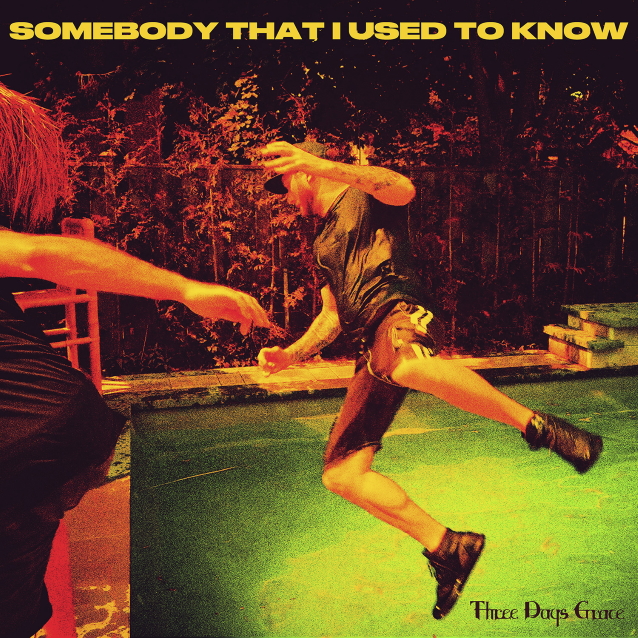