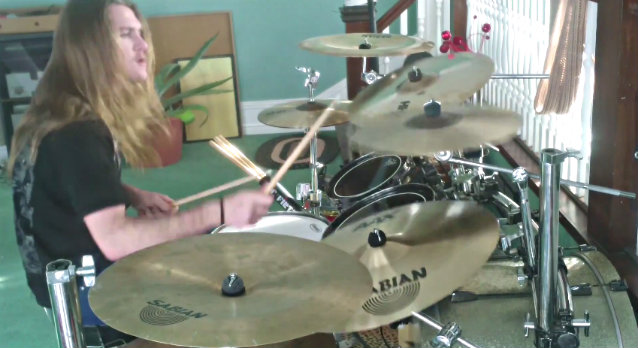 Video footage of THREAT SIGNAL drummer Joey Huma playing one of the songs from the band's forthcoming fourth album, due later this year, can be seen below.