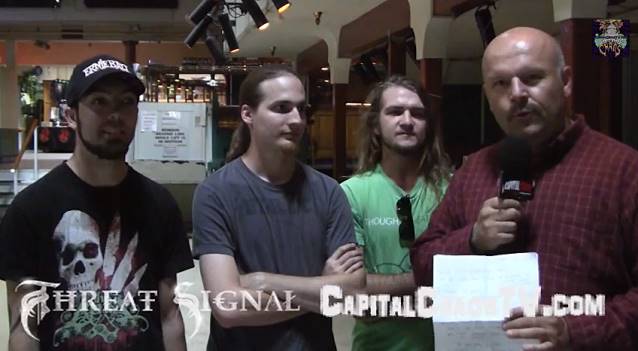 The Mighty Z of Capital Chaos TV conducted an interview with Canadian modern metal masters THREAT SIGNAL on August 9 at The Catalyst in Santa Cruz, California. You can now watch the chat below.