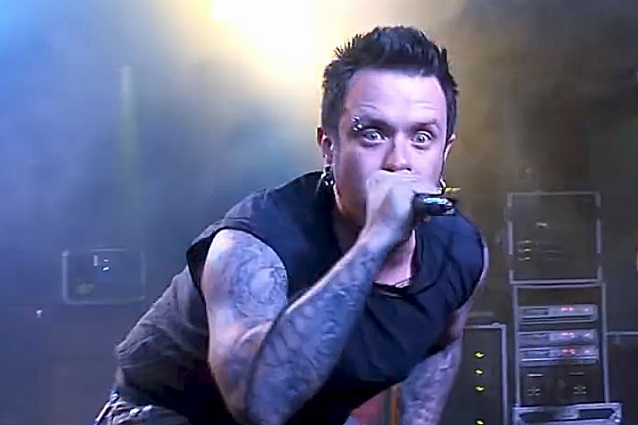 Following Devin Townsend's announcement that he has put the DEVIN TOWNSEND PROJECT on indefinite hiatus while he works on other projects, two members of DTP have teamed up with a couple of members of Townsend's former group, STRAPPING YOUNG LAD, to form a new band.

Regarding how Howard came to be part of the new band, Van Poederooyen said: "We were looking into a few other known singers and then, Jon was recommended to us through a mutual good friend. We got in touch with Jon and were immediately blown away with the talent this guy possesses. He recorded vocals for a couple demos of ours, just a couple days after talking with him for the first time. Once we heard his vocal demos, we knew we found our guy. Jon can sing, scream and growl with the best of them. He's showing off his voice in more ways than one in this band."

The new band will reveal its name on Friday, March 16.

The group's lineup is: