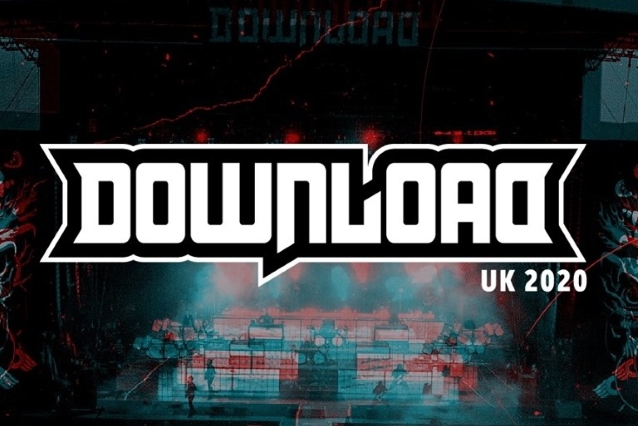 According to BBC, U.K.'s Download festival — which was canceled this year due to the coronavirus pandemic that is sweeping the globe — will be transformed into a "virtual festival."

The 2020 edition of Download was set to take place on June 12-14 at Castle Donington, with headlining performances by IRON MAIDEN, KISS and SYSTEM OF A DOWN.

Saying they "didn't want to miss out on the biggest weekend in rock," the festival organizers will now stream music, interviews and previously unseen performances on those dates instead.

They explained in a statement: "We'll have three daily shows with a mix of music, special interviews, unseen performances, exclusive footage, interactive content and loads more. The shows will be broadcast across the Friday, Saturday and Sunday — recreating the best weekend of the summer in the safety and comfort of your own home!

"The full line up is still to be announced, but we’ll be showcasing some of the incredible acts that were due to play Download 2020.

"Of course, we want you lot to be as involved as ever! Put your tents and flags up in your garden, send us pics of previous years, air guitar to your fave bands — this weekend is about YOU, the fans, and celebrating the Download community.

"That said, Download Dog reminds you to stay safe, stay home and save lives. Practice safe social distancing and make sure you're only hosting tent parties with members of your own household — but we encourage you to rock out over video chat with your festival pals!"

In March, Britain's Glastonbury festival, which was set to take place June 24-28 on Worthy Farm in Somerset, was canceled by the promoters. The decision came after the government advised people to avoid mass gatherings.