The coin will be unveiled on November 26 at St. Kevin’s College in Dublin, Lynott's former school, by president Michael Higgins.

Students at the school are expected to perform a medley of popular Phil Lynott and THIN LIZZY songs to mark the occasion and will be followed by an address by the Irish president.

Priced at €15, the silver proof coins will be available to buy on the Central Bank of Ireland web site.

Only 3,000 of the coins will be created as part of a three-year series called "Modern Irish Musicians."

Since his untimely death in 1986, Lynott has left a musical legacy that continues to influence and inspire musicians around the globe. Even the legendary Bob Dylan has been quoted singing LIZZY's praises. Over the years, Lynott's songs have been covered by an array of such diverse performers as HENRY ROLLINS, THE CORRS, SMASHING PUMPKINS, RANDY BACHMAN, HUEY LEWIS, METALLICA and THE CURE.

Last year, RTÉ, Ireland's national television and radio broadcaster, aired "Phil Lynott: Scéalta Ón Old Town", the story behind the making of the late THIN LIZZY singer's promotional video for his song "Old Town", on RTÉ One. The documentary was made exclusively for RTÉ. 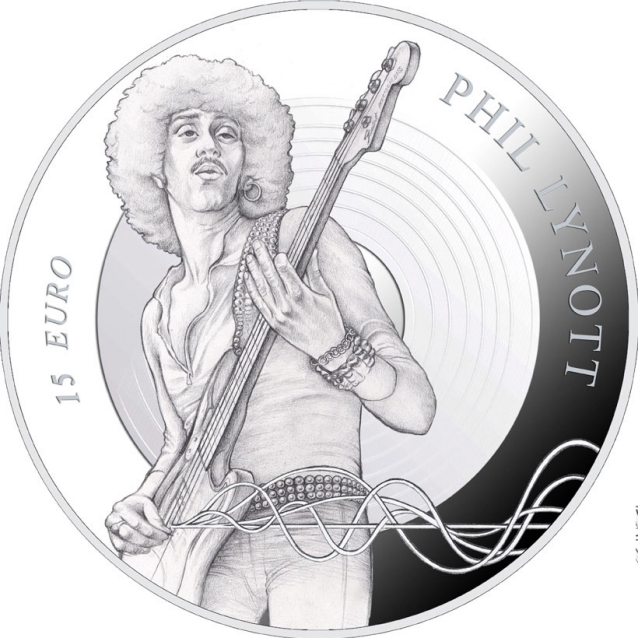