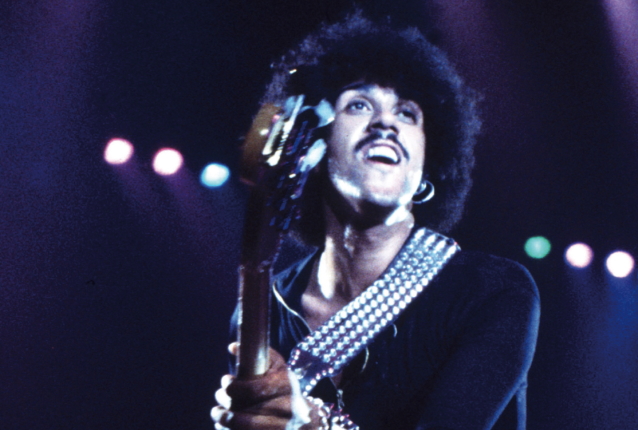 If any band deserves to have homage paid to them with a lavish, full-color photographic book, look no further than THIN LIZZY. With their origins going back to the late sixties, by 1971 with the first album release, LIZZY's journey really began.

Incredibly, no one has published a visual biography before, but now that has been rectified. Drawing on several thousand images and items of memorabilia, this large format 240-page book is a treasure trove for the LIZZY devotees — crammed full of live and offstage shots that portray the band's journey through the decades. It also includes loads of super cool memorabilia including backstage passes, gig posters, media adverts and much more, all reproduced on high quality art paper. This is one future collector's item that every self-respecting THIN LIZZY fan will want to own.

Rounding it off, "Thin Lizzy: A Visual Biography" is topped and tailed with 20,000 words by LIZZY biographer and world-renowned rock author Martin Popoff.

With a Phil Lynott documentary, "Songs For While I'm Away", due to hit the silver screen in the autumn, this lavish book will prove to be the perfect companion and a valuable addition to any fan's collection. Customers who order by August 1 can also have their names printed on a dedicated fan page.

Since his untimely death in 1986, Lynott has left a musical legacy that continues to influence and inspire musicians around the globe. Even the legendary Bob Dylan has been quoted singing LIZZY's praises. Over the years, Lynott's songs have been covered by an array of such diverse performers as HENRY ROLLINS, THE CORRS, SMASHING PUMPKINS, RANDY BACHMAN, HUEY LEWIS, METALLICA and THE CURE.

In 2018, RTÉ, Ireland's national television and radio broadcaster, aired "Phil Lynott: Scéalta Ón Old Town", the story behind the making of the late THIN LIZZY singer's promotional video for his song "Old Town", on RTÉ One. The documentary was made exclusively for RTÉ. 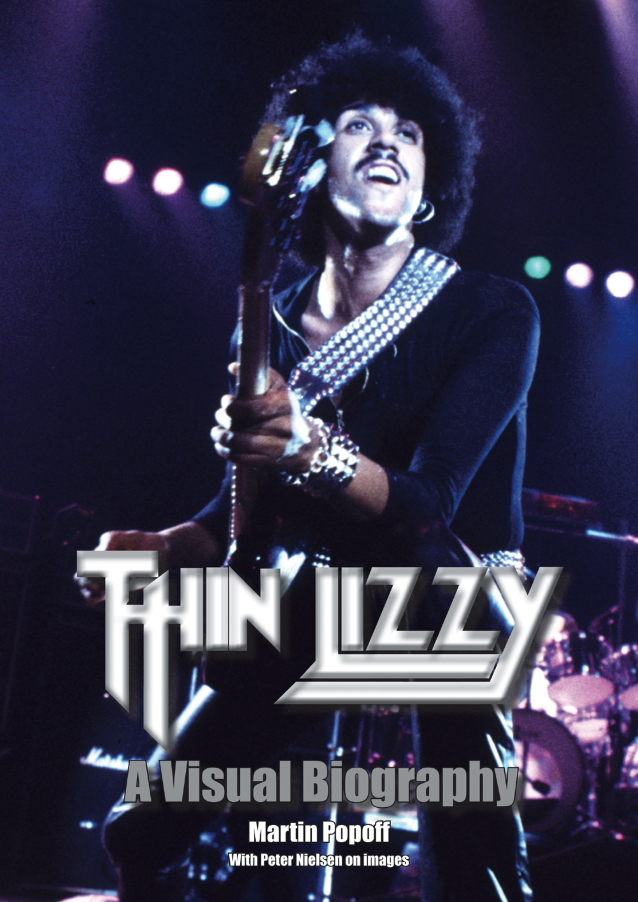