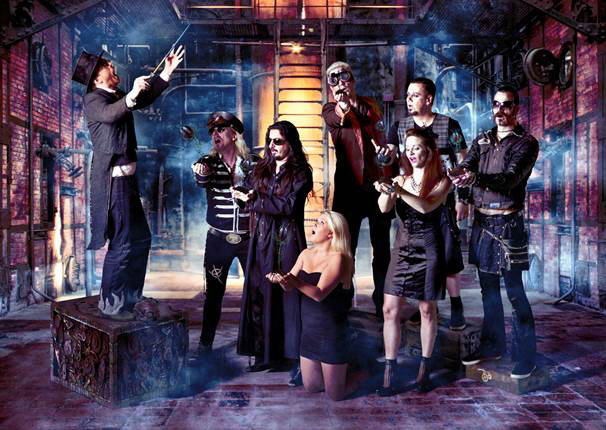 On February 28, two new releases from THERION will be made available: the deluxe edition CD plus DVD of their all-time classic "Theli" as well as a three-DVD package (limited edition including bonus DVD) called "Adulruna Redivia And Beyond".

THERION's fifth studio album, "Theli" was released in August 1996. The CD featured the band's legendary hit "To Mega Therion" as well as the outstanding ten-minutes epos "The Siren Of The Woods" and the hymn "Cults Of The Shadow". It features two different choirs and Dan Swanö from EDGE OF SANITY as a guest singer.

The deluxe edition of "Theli" has three more bonus tracks: "In Rememberance", "Black Fairy" and the SCORPIONS cover version "Fly To The Rainbow" as well as a bonus DVD with the entire album performed live.

In addition, there will be a double live DVD plus bonus DVD, limited-edition digipak called "Adulruna Redivia And Beyond". The two shows were recorded live in Atlanta in 2011 and in Budapest 2007.

Adds THERION: "011 is the name of a board game made by the italian game manufacturer Scribabs. In a very ambitious way to market the game, they made this fantastic short film, starring the band members as actors, playing their roles in the game. The main man behind the game and the film, Paolo Vallerga, is currently writing a novel on the story behind the game and there are even some plans for a movie."

"'Amazing Voice' is a Japanese TV program about great singers. This episode had Thomas Vikström as main focus and the TV team flew to Sweden to interview Thomas and record some live singing exclusively for the program." 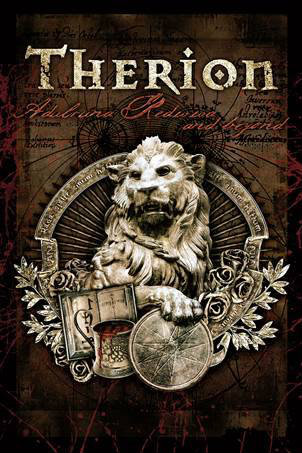