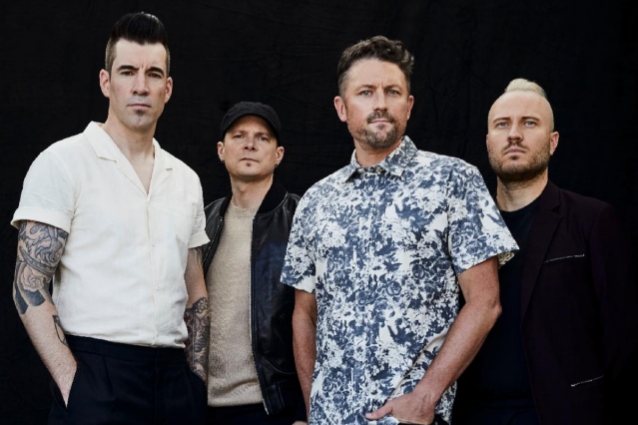 THEORY OF A DEADMAN will release its seventh studio album, "Say Nothing", out January 31 via Atlantic Records. Lead single "History Of Violence" — which turns the tables on a story of domestic violence — is out now along with the gripping music video. Directed by Sam Sulam, the visual for "History Of Violence" illustrates a searing snapshot of a woman enduring an abusive husband as she plans to fight back, eventually ending up in jail but free of her abuser.

"Say Nothing" is available for pre-order now at all DSPs and each pre-order will include an instant download of "History Of Violence".

"'History Of Violence' tells the sad story of a girl trapped in a life of domestic abuse, leaving her with what she feels is the only way to escape," explains lead vocalist and songwriter Tyler Connolly. "Even though she's in jail, it's still a better place to be than being imprisoned in real life by this man. We're encouraging anyone affected by domestic violence to call the National Domestic Violence Hotline for help: 1-800-799-7233."

On "Say Nothing", THEORY — Tyler Connolly (lead vocals, guitar), Dave Brenner (guitar, backing vocals), Dean Back (bass) and Joey Dandeneau (drums) — is speaking up through undeniable anthems rooted in scorching songcraft, experimental vision, rock 'n' roll attitude, and clever pop ambition. Recorded in London with producer Martin Terefe (Jason Mraz, Yungblud), the album features timely lyrical commentary on many issues that our society is grappling with today. Domestic violence, racism, the divisiveness in American politics and more are explored on the 10-track album, which finds THEORY's finger on the pulse of the current climate threaded together with a message that's both a cautionary warning and a hopeful wish for our collective future.

"I look at the record as a microcosm of our current era," says Brenner. "It's a reminder to look inward at what's happening and what we're becoming. I hope everyone dives into the words. At the same time, music is still an escape. Maybe we can give the world a little solace and encourage everyone to treat each other better."

Peeling back the layers of THEORY's depth and breadth like never before, "Say Nothing" is a continuation of their musical and thematic evolution, displaying the band's powerful storytelling in full force and introducing fresh sounds and sonics. Album opener "Black Hole Of Your Heart" features orchestration set to an arena-ready beat punctuated by creaky guitar. A pilgrimage to Abbey Road Studios inspired the song "Ted Bundy", a first-person account about a terribly troubled man who can't properly love; not even the most beautiful woman can fill that void and change him. "Strangers" strikes a chord with its provocative prose that holds a mirror up to the state of American politics. Elsewhere, a gospel choir kicks off "Quicksand", adding yet another dimension to "Say Nothing"'s aural palette.

Ahead of their U.S. and European headlining tour beginning September 27 in Jacksonville, North Carolina, THEORY has announced a Canadian headlining tour in their native country kicking off January 31 in Vancouver, with the first of two nights at The Commodore Ballroom to coincide with the release of "Say Nothing". Pre-sale tickets are available starting Friday, September 27, with the public on-sale beginning Friday, October 4 at 10 a.m. local time. 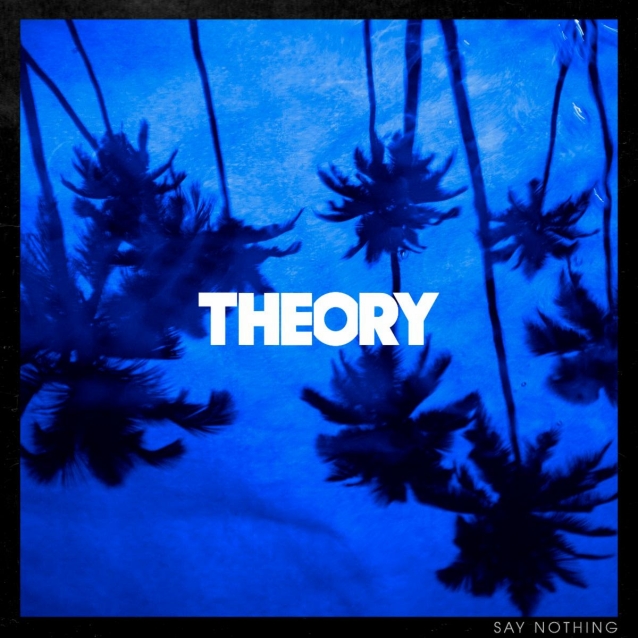