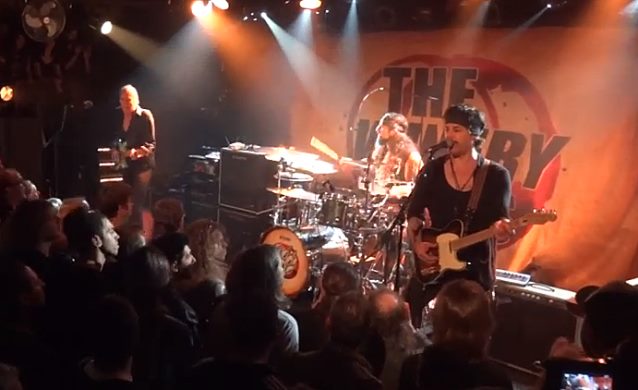 Fan-filmed video footage of THE WINERY DOGS' September 15 headlining concert La Maroquinerie in Paris, France can be seen below.

The band's self-titled debut album sold around 10,200 copies in the United States in its first week of release to land at position No. 27 on The Billboard 200 chart. Released in North America on July 23 via Loud & Proud Records and in Japan on May 15 via Victor Entertainment, the CD was mixed by Jay Ruston, who has previously worked with ANTHRAX, ADRENALINE MOB, STONE SOUR and STEEL PANTHER.