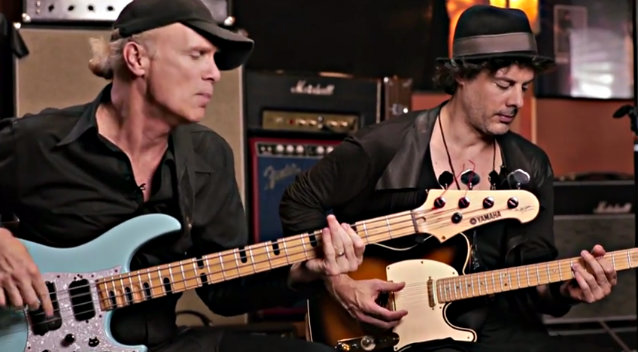 DiMarzio, Inc., the Staten Island, New York-based company that manufactures magnetic pickups for electric guitars, has posted a seven-minute video clip of THE WINERY DOGS guitarist/vocalist Richie Kotzen and bassist Billy Sheehan talking, playing and give insight into a few songs on the band's recent, self-titled album. Check it out below.

THE WINERY DOGS' self-titled debut album sold around 10,200 copies in the United States in its first week of release to land at position No. 27 on The Billboard 200 chart. Released in North America on July 23 via Loud & Proud Records and in Japan on May 15 via Victor Entertainment, the CD was mixed by Jay Ruston, who has previously worked with ANTHRAX, ADRENALINE MOB, STONE SOUR and STEEL PANTHER.