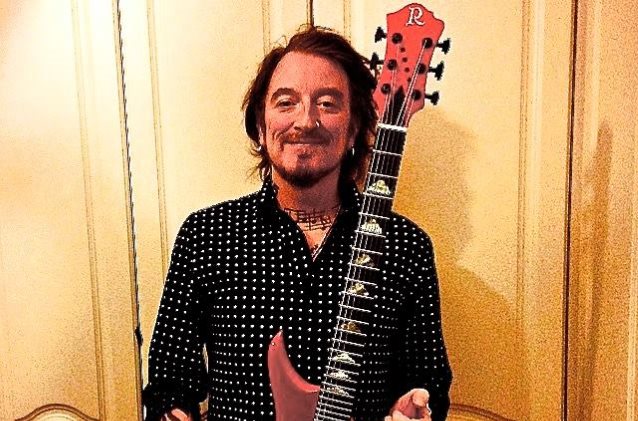 THE WILDHEARTS frontman Ginger (real name David Walls) and director Mark Haldor have unveiled a powerful and thought-provoking short film to accompany the song "Don't Lose Your Tail, Girl" from Ginger's forthcoming album, "Year Of The Fanclub", due on February 12 through the Round Records Records label.

Ginger explains: "'Don't Lose Your Tail, Girl' is a feminist song written by a man.

"I was brought up by strong women and had little positive male influence in my life in comparison. I think this gives me an unbiased view on the opposite sex, by which I mean it's unaffected by the stereotypes supported in magazines aimed at both men and women.

"In the end, it's a song about appreciating yourself, giving yourself a break, which seems harder for women in society.

"I wanted Mark to film the movie as I know he has earned strong bonds with the actresses he works with. He also has an eye for beauty beyond heavy makeup and posing, which is what a nine-minute film really needs. Nine minutes of contorting females would be torturous to watch. He has captured personality and joy, as well as a darker side that is quite disturbing.

"I think the film is a work of art, occasionally uncomfortable to watch, but with a lasting feeling of freedom. It's a song about not losing your identity, and the film captures that in the natural beauty of the performances."

Director Mark Haldor says: "[I wanted to] create a visual stimulus that would not only do the lyrics and eclectic sounds justice, but provoke a look at women, of all ages, races and backgrounds and what they go through in life, both positive and negative.

"My intention was that everyone viewing should be able to resonate with at least one moment from it on a personal level. Whilst shot with many beautiful and talented actresses to tell several stories, the suggestion is that they could also be contrasting snapshots of just one character's life, had she made different life choices.

"It was important to me that there was also no definitive ending to this film or any of the stories told as I wanted people to be left wondering what happens to these characters next? Just as we do with people we know and have known in real life. A reminder for all to embrace each day and who we are because that's all that truly matters."

G*A*S*S (Ginger Associated Secret Society) is an immersive subscription, digitally based fanclub platform that saw Ginger delivering a new three-track single every month for a year, along with demos and previously unreleased material direct from his personal vaults. Tied in with this was an unparalleled (not to mention unfiltered) level of access to Ginger himself with each month giving fans podcasts, question-and-answer sessions, personal diary entries, film reviews along with a slew of exclusive merchandise options and with the sites stunning array of artwork updated each month.

"Year Of The Fanclub" track listing: