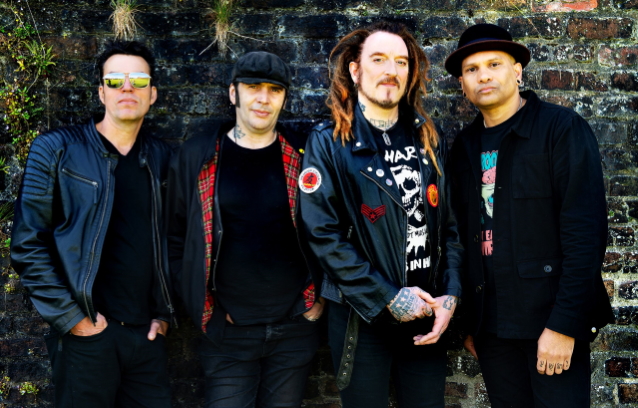 The official lyric video for "Diagnosis", the title track of the new mini-album from THE WILDHEARTS, can be seen below. Due on October 4 through Graphite Records, this six-track effort features five brand new songs and is released as a limited-edition special white vinyl with pale blue powder splatter 10-inch (to look like a pill) and as a regular black vinyl 10-inch and CD. All three physical formats will also include an exclusive bespoke inner gatefold comic strip illustrated by the award-winning Hunt Emerson, who last worked with the band on the "Earth Vs" cover and their classic logo.

"Diagnosis" follows the success of "Renaissance Men", THE WILDHEARTS' first full-length studio album in 10 years, which gave the band's classic lineup of Ginger, CJ, Ritchie and Danny their highest chart entry since 1994's "P.H.U.Q.", when it debuted at No. 11.

Says C.J Wildheart: "Well, fuck me, we dropped our first new album in 10 years back in May and blow me down if we didn't drop a humdinger of an album full of monster riffs and razor-sweet melodies. Well, we've not only gone back in to the studio to record five new songs that will be released as the 'Diagnosis' mini-album in October, we're hitting the road too. We have some great supports confirmed already, THE PROFESSIONALS and JANUS STARK, and I know there are some other amazing bands to be added to the rest of the tour.

"You're going to love the new mini album and the surprises we have on there and the tour is going to be one you should not miss. You can't keep a good band down."

Added Ginger Wildheart: "The lead track 'Diagnosis' is about mental health institutions and the medical health profession in this country, and about how it's letting people down. How the system is broken, and how the suicide rate is not getting any less.

"Depression and mental illness isn't an issue that attacks any one type of person. Whether you're homeless or if you're rich, this illness is taking people out on a regular basis. The government has pulled most of the funding into mental health research, and as a result people are still ignorant about it.

"Education is everything. And the more people talk about depression, the more need there'll be for education, and the more people will want educating about an issue that doesn't just affect the people suffering from it, but it affects everyone around them. And when someone is in a desperate position and their hope is taken away, then they're at the mercy of an illness that wants them dead. There's nothing more important in the world than education on mental health issues." 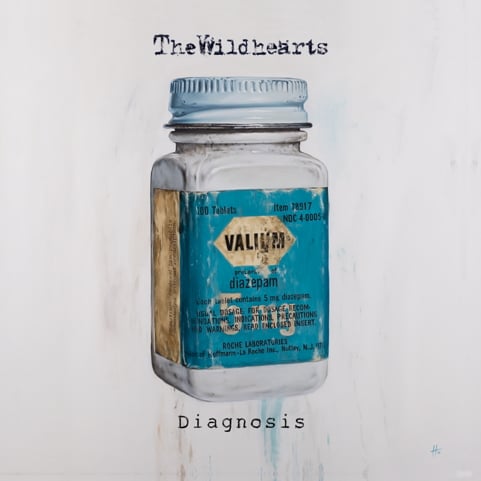