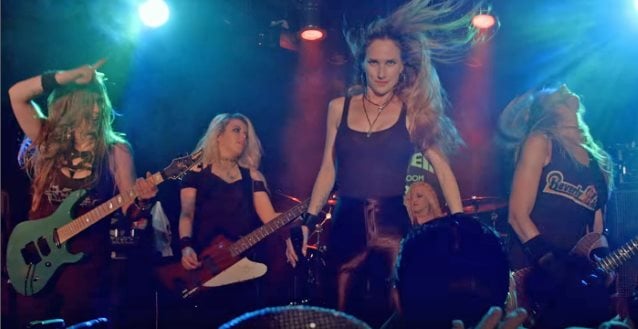 THE STARBREAKERS made their live debut on Saturday, March 11 at The Viper Room in West Hollywood, California. Fan-filmed video footage of the performance — which included renditions of classic songs from JUDAS PRIEST, IRON MAIDEN, METALLICA, MÖTLEY CRÜE and MOTÖRHEAD — can be seen below.

THE STARBREAKERS is an all-star cover band featuring five of the most talented female musicians today. With unparalleled musicianship and looks that kill, they've mastered the art of the cover song — delivering a mind-blowing live show and unforgettable party. THE STARBREAKERS are professional international touring and recording artists, five blonde superstars who will rock your night and break your heart! 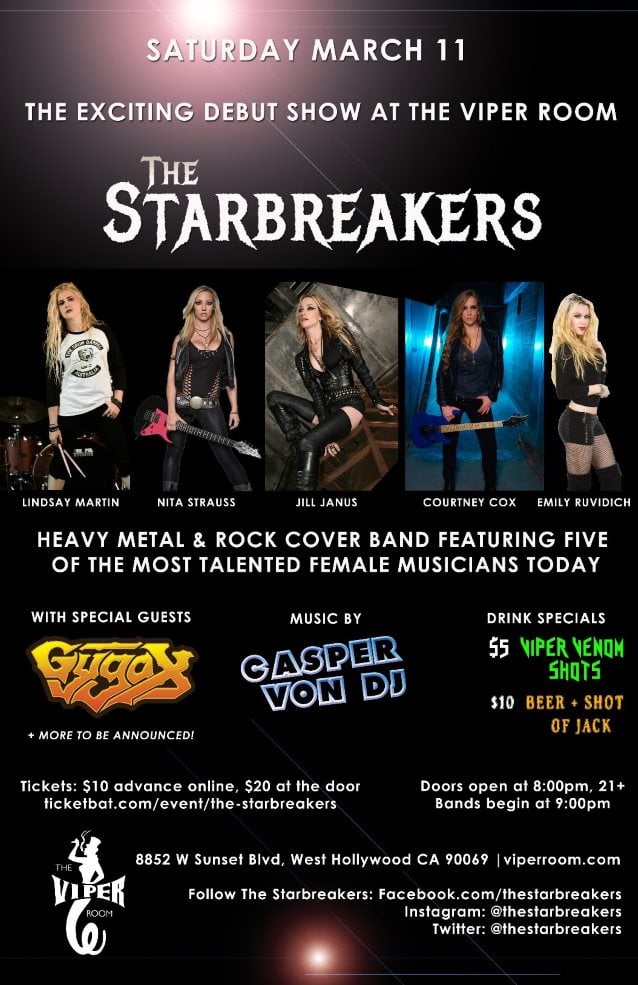