The Billy Corgan-fronted outfit will appear on the following shows:

SMASHING PUMPKINS are currently recording their new album in Nashville for a late 2020 release. The new disc will be the follow-up to 2018's "Shiny And Oh So Bright, Vol. 1 / LP: No Past. No Future. No Sun." , which was SMASHING PUMPKINS' first in over 18 years to feature founding members Corgan, Jimmy Chamberlin and James Iha, along with longtime guitarist Jeff Schroeder.

PUMPKINS' 2018 "Shiny And Oh So Bright Tour" reportedly sold over 300,000 tickets across North America and saw them playing sold-out arena shows at venues, including The Forum, United Center and Madison Square Garden. The tour was the band's first in nearly two decades to feature Corgan, Chamberlin and Iha, alongside Schroeder, bassist Jack Bates and keyboardist Katie Cole.

Corgan released his latest solo album, "Cotillions", in November via his own Martha's Music label. Like 2017's "Ogilala", the disc was issued under his full name, William Patrick Corgan. 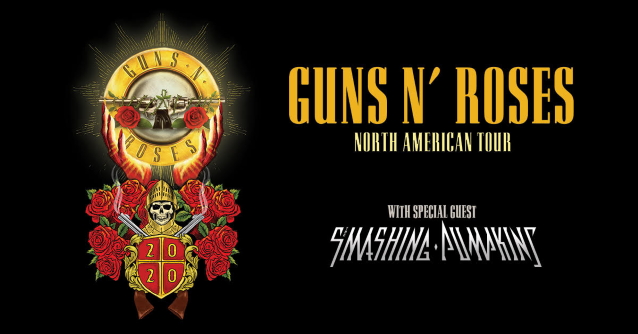