Grammy-winning, acclaimed alternative rock luminaries THE SMASHING PUMPKINS have announced a string of 30th-anniversary live shows that kick off November 28 at The Sylvee in Madison, Wisconsin.

In addition to their previously announced sold-out date in Chicago, these upcoming shows will see the band performing in St. Louis, Tulsa, San Antonio, Tucson, and Phoenix.

Tickets for the shows will be available at 10:00 a.m. local time this Friday, October 5.

THE SMASHING PUMPKINS will release their new album, "Shiny And Oh So Bright, Vol. 1 / LP: No Past. No Future. No Sun.", on November 16 on Billy Corgan's own Martha's Music under exclusive license to Napalm Records via a strategic worldwide partnership. Recorded at Shangri La Studios with legendary producer Rick Rubin, the LP is the band's first in over 18 years to feature founding members Billy Corgan, James Iha, Jimmy Chamberlin, with longtime guitarist Jeff Schroeder.

Earlier this summer, the newly reformed lineup shared the first glimpse of their new music with the LP's lead single "Solara". The track's dreamlike music video was directed by Nick Koenig and expands on the theatrics of the band's catalog of iconic music videos. The release of "Silvery Sometimes (Ghosts)" came next, along with a lyric video featuring Corgan's handwritten lyrics. In the coming weeks, the quartet is expected to release a music video for the track, directed by Corgan.

Last month, THE SMASHING PUMPKINS wrapped their monumental "Shiny And Oh So Bright Tour", which sold over 300,000 tickets across North America and sold-out arenas, including The Forum, United Center, and Madison Square Garden. Produced by Live Nation, the tour was the band's first in nearly two decades to feature Corgan, Chamberlin and Iha, alongside Schroeder, bassist Jack Bates and keyboardist Katie Cole.

Formed in Chicago, Illinois in 1988, THE SMASHING PUMPKINS released their heralded debut album, "Gish", in 1991 and found mainstream success with 1993's four-times-multi-platinum "Siamese Dream" and 1995's 10-times-platinum "Mellon Collie And The Infinite Sadness". 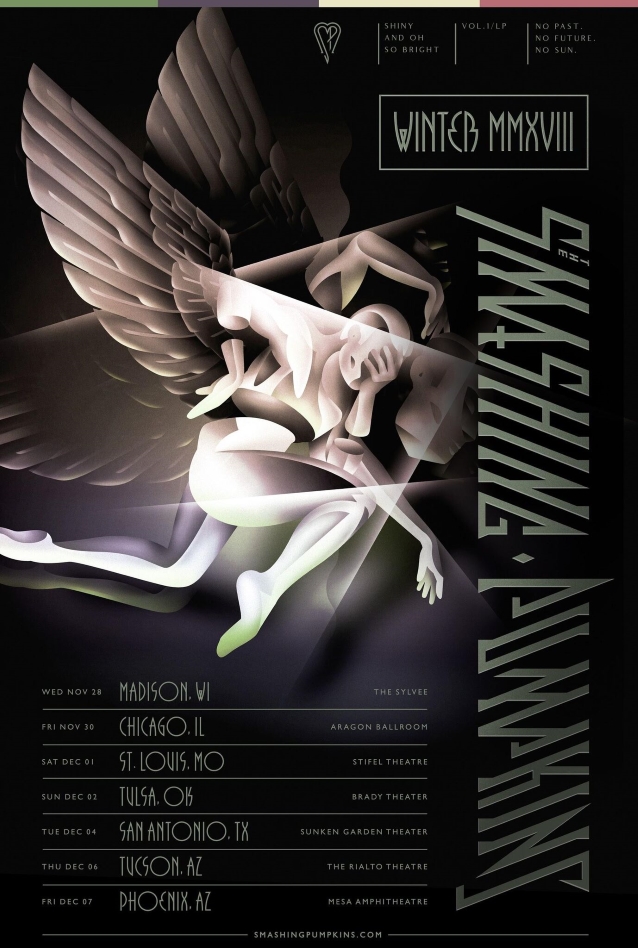