Heavy Artillery Records has announced the signing of the French death metal masters THE SEVEN GATES. The band's debut album, "Angel of Suffering", will be released in the United States on May 12 and in Europe on June 2. Mastered by renowned French engineer Jean-Pierre Bouquet, the CD delivers "10 tracks of old-school death metal with an endless supply of hooks, masterful musicianship and a sufficient dose of pure fucking evil, sure to please fans of early DEICIDE, MORBID ANGEL and ENTOMBED," according to a press release. 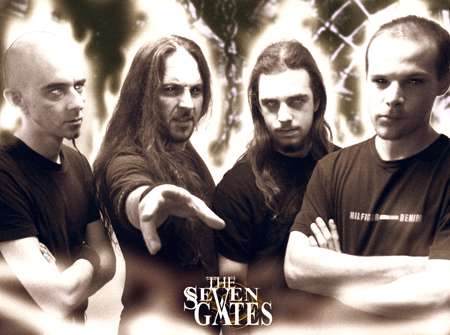