"Evil Beyond Belief", the debut album from THE SANITY DAYS — the project featuring four former members of legendary Bristol, England thrash metallers ONSLAUGHT — will be released in North America on March 24 via Candlelight.

THE SANITY DAYS represents a forging of the talents of a formidable range of experienced musicians from genres across the metal scene. Steve Grimmett (vocals) is best known as the frontman in legendary metal band GRIM REAPER. Grimmett also sang on ONSLAUGHT's most commercially successfully album ("In Search Of Sanity"). The rest of THE SANITY DAYS comprises of Steve Grice, who played drums on all ONSLAUGHT releases until his departure in 2011; Jase Stallard (on bass), who played bass on ONSLAUGHT's "Power From Hell" and guitar on "The Force"; and Al Jordan, who played lead guitar on ONSLAUGHT's comeback release, 2007's "Killing Peace".

According to a press release, "Evil Beyond Belief" boasts a mixture of dark, metallic, spine-chilling riffs, topped with melodic, haunting vocal melodies, soaring over thunderous drums and driving bass. Additionally, the album features a song inspired by the late Ronnie James Dio.

"When I wrote the lyrics to 'Ruler Of Eternity', I tried to include as many titles of Dio's songs that he performed during his illustrious career," shared Grice in an early interview with Metal Crypt late last year. "His music really touched me. Although he has passed, his voice will forever live on as one of the greatest voices in rock music."

The song "Satan's Blood" can be streamed below. 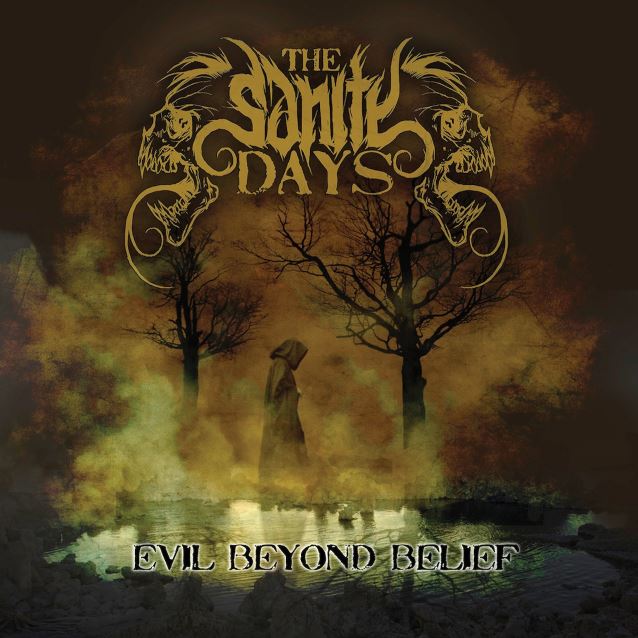