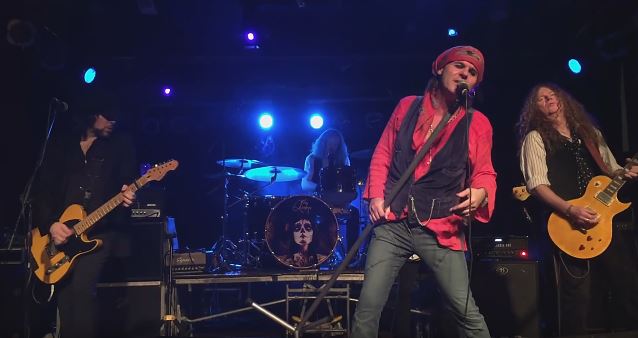 It's the summer of 2016 and it's time to fall in love all over again as THE QUIREBOYS rediscover their passion for quintessential British rock and roll.

The band's new longplayer, "Twisted Love", lays bare a collective desire to win the hearts and minds of longtime fans and secret admirers alike. It's the sound of six musicians bound by the past and excited by the future. Unashamedly loud and justifiably proud, "Twisted Love" celebrates a legacy and adds to a legend.

THE QUIREBOYS' tenth studio album marks a welcome return to a time when the band rocked — and rocked hard. "There are no ballads this time," confessed frontman Spike. "I approached the songwriting from a different angle and it felt good. There's a lot of passion there." A bullish reworking of crowd favorite "Gracie B" reinforces the point. More akin to the thumping live version beloved of fans far and wide, it's dominated by the driving guitars of Paul Guerin and fellow six-stringer Guy Griffin.

Title track "Twisted Love" — released as the lead single — sees Griffin, Guerin and Spike join forces to deliver one of the darkest QUIREBOYS anthems to date. Featuring the sultry backing vocals of blues rock chanteuse Lynne Jackamann, it's a song that shimmers from start to finish. But highlights are everywhere on this bold record: "Ghost Train" takes the listener on a bluesy, Hammond-soundtracked journey to the band's classic era while the rock and soul of slow-brooding set closer "Midnight Collective" is simply sublime.

Once again the stark Swedish town of Klippan provided the perfect bolt hole for a band focused on following up 2015's critically acclaimed "St Cecilia And The Gypsy Soul" with an equally compelling — yet creatively distinct — QUIREBOYS record. "We locked ourselves away again and worked our arses off," said Guerin. "We perform well under pressure. And I have to give immense credit to Spike — the lyrics on 'Twisted Love' are some of his best ever."

Enjoying a richly deserved renaissance, THE QUIREBOYS continue to tour extensively and write records that will stand the test of time. With a lineup that's built to last — Keith Weir (keyboards), Nick Mailing (bass) and Dave McCluskey (drums) complementing Spike, Griffin and Guerin — the days of proving their critics wrong are long gone. "We used to worry about what everyone else used to say," said Griffin. "Now we don't waste time on those people who still don't get what we're all about. Our time is too precious and its time to be positive."

"Twisted Love" will be released on September 2 via Off Yer Rocka Recordings/Soulfood. 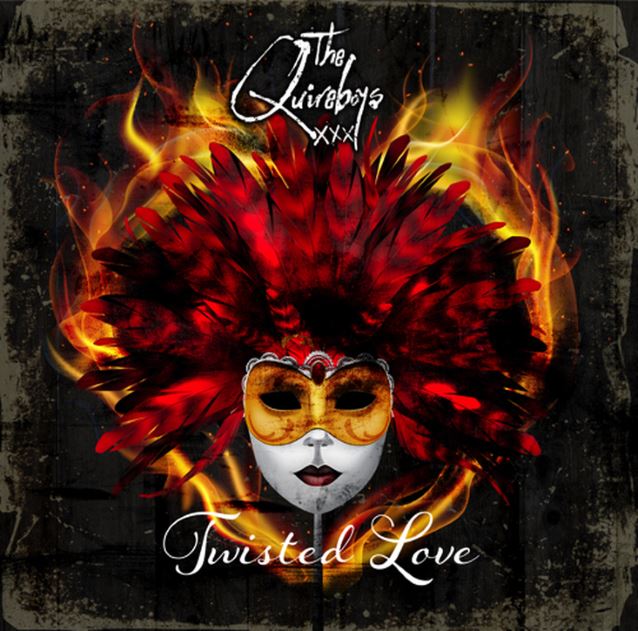