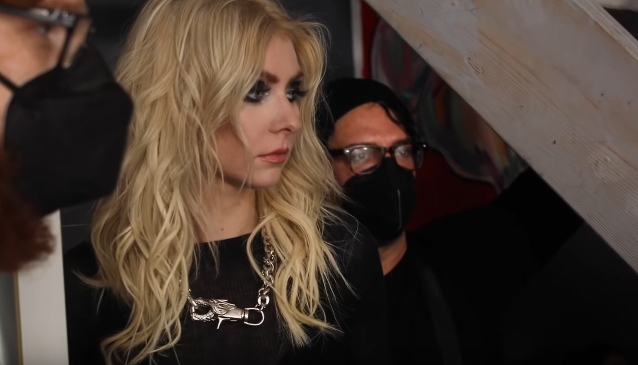 Behind-the-scenes footage from the making of the video for THE PRETTY RECKLESS's new single, "And So It Went", can be seen below. The song, which features a guest appearance by guitarist Tom Morello (RAGE AGAINST THE MACHINE), > is taken from THE PRETTY RECKLESS's upcoming album, "Death By Rock And Roll", which will be released on February 12 via Fearless Records in the U.S. and Century Media Records in the rest of the world.

"The world has been in such a state of civil unrest," singer Taylor Momsen says about the track. "'And So It Went' basically comes from that vision. As a songwriter, I feel like I'm not here to preach. I use music to observe and communicate what I see around me. This song felt like the perfect storm for Tom Morello to join in and rip the sound waves apart with his guitar. It was more than a pleasure having him add his unique and defining sound to the song."

Morello states about working with THE PRETTY RECKLESS: "I got to perform with Taylor Momsen at the Chris Cornell memorial show. We rocked 'Loud Love' and she nailed it — no easy task. Thank goodness she and her band continue to fly the flag for rock 'n' roll in a mighty way."

"Death By Rock And Roll" is THE PRETTY RECKLESS's first LP to be made without longtime producer Kato Khandwala, who died in April 2018 from injuries sustained in a motorcycle accident. 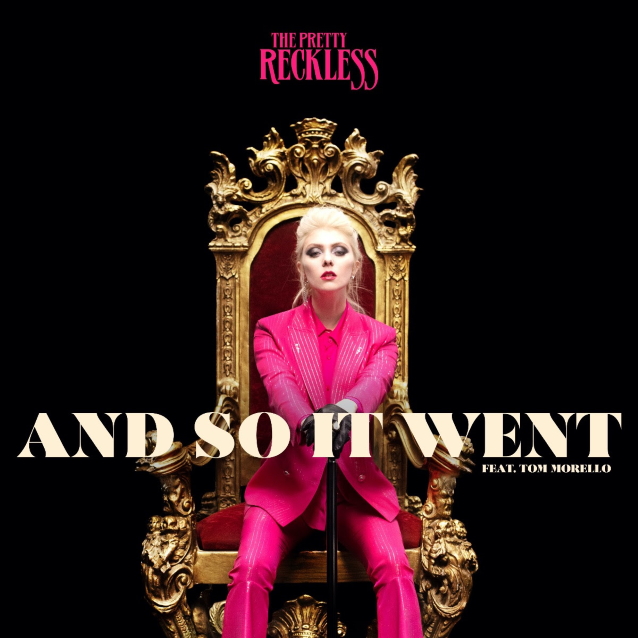