Montreal metal band THE PLASMARIFLE has amicably parted ways with drummer Sean Connors and has replaced him with Alexandre Dupras.

Commented vocalist Maynard Moore (formerly of NEURAXIS): "Sean is leaving the band for personal reasons. We are very sad to see him leave; he is a great friend and drummer and will remain so. We wish him the very best of luck with all of his future projects. The hole that Sean leaves is sizable, and will be filled by Alexandre Dupras. We look forward to a long and fruitful relationship with Alex in the many adventures we will experience as a band."

THE PLASMARIFLE's debut album, "While You Were Sleeping the World Changed in an Instant", will be released on October 14 via Siege of Amida/Ferret Music. The CD was recorded by Bart Frydrychowicz (NECRONOMICON, DECADAWN) at studio 40 West and was mastered by former DESPISED ICON guitarist Yannick St-Amand (DESPISED ICON, NEFASTUS DIES, CAMILLA RHODES, VORTEX) at Northern Studio. The artwork was created by Colin Marks (WHITECHAPEL, THE RED DEATH).

"While You Were Sleeping the World Changed in an Instant" track listing:

THE PLASMARIFLE will perform live at The Medley in Montreal, Quebec on Saturday, September 6 with QUO VADIS, DESPISED ICON and BLINDED BY FAITH.

According to a press release, THE PLASMARIFLE "is the next generation in the grand tradition of Montreal metal bands like VOIVOD, GORGUTS, CRYPTOPSY and KATAKLYSM who merge a high level of technical skill with creative exploration. It's punishing music that should appeal to fans of being hit by 18-wheelers, eating broken glass, and having their dick slammed in a door." 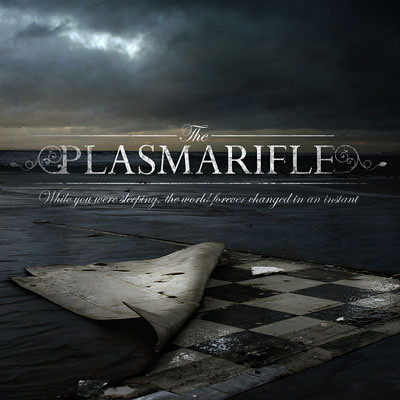