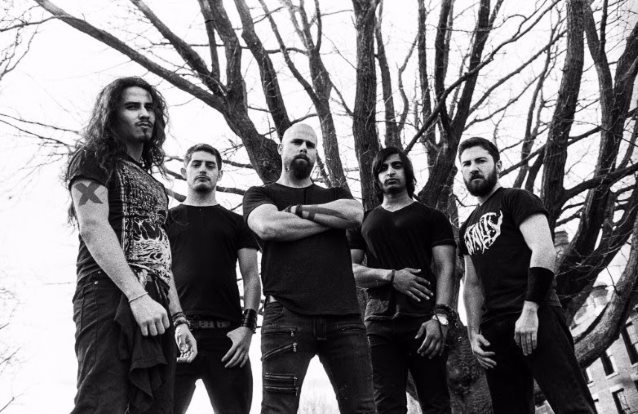 Century Media Records has announced the signing of THE OFFERING to a worldwide deal.

Hailing from Boston, Massachusetts, the five players behind THE OFFERING first came together in Tampa, Florida to invent their signature version of progressive, furious, and technical power metal with a strong death and thrash approach. The wild mixture of elements from many metal genres puts THE OFFERING in a class of its own: deep musical compositions, extreme, adept vocal performances, a powerful modern sound, and profound song arrangement separate THE OFFERING from the metal pack. This is modern heavy metal for open-minded listeners who can imagine a hybrid of NEVERMORE, DEATH, AT THE GATES, PSYCHOTIC WALTZ, CONTROL DENIED and ICED EARTH.

THE OFFERING's self-titled debut EP was produced by guitarist Nishad George with engineering help from Grammy Award-winning engineer Mark Fuller, and mixed and mastered by Andre Alvinzi and Jens Bogren at the renowned Fascination Street Studios (ARCH ENEMY, AT THE GATES, OPETH). This fine five-track record is scheduled for a November 10 release digitally.

Check out the EP's opening track "Rat King" below.

THE OFFERING's first full-length studio album is scheduled to drop in summer/autumn 2018.