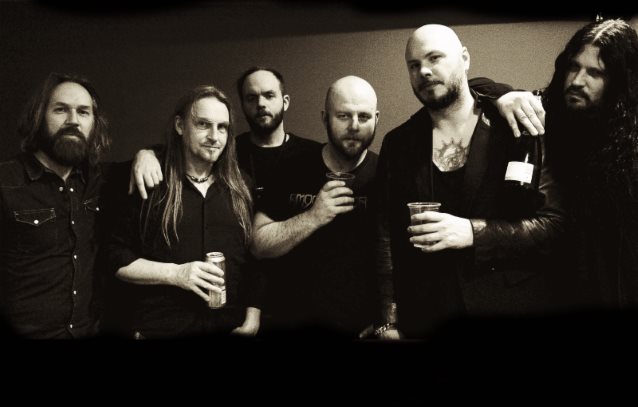 "We have been offered an opportunity; our good friends at Nuclear Blast, the German label famous for spreading the heavy metal gospel, asked us to become a part of their roster. We said yes," the band chimes in a group statement. "We, THE NIGHT FLIGHT ORCHESTRA, will continue to push the boundaries of classic rock; we will continue with the unnecessarily catchy choruses, the abundant amount of solos, the atmospherics that few people will understand but us, and the female voices that seem to stem from your unconscious."

Nuclear Blast CEO Markus Staiger adds: "Classic rock is timeless and brilliantly executed music. Music which is the foundation of so many other forms of guitar driven music. With THE NIGHT FLIGHT ORCHESTRA we've found one of the most intense groups in the genre and it's even greater to have our old friend Björn with us who once again proves to be one of the biggest voices — be it extreme metal or classic rock! We're beyond stoked!"

"THE NIGHT FLIGHT ORCHESTRA's music has a true retro feel, harks back the days of yore... classic arena rock, where's my Aquanet? TNFO inspires me to take the top down and drive — this is real music for all ages," states co-manager Maria Ferrero. Fellow co-manager Jon Zazula adds: "I like the way they play with a song and take you on a journey of unexpected craftsmanship... I'm really into them. We're very proud to be working with THE NIGHT FLIGHT ORCHESTRA."

With all of this representation from primarily metal-focused firms and labels, THE NIGHT FLIGHT ORCHESTRA wants to be clear — the group will never be a heavy metal band. "But, occasionally, some of us have flirted with that genre," they add. "We are not ashamed of that fact, and will never make any futile attempts to deny it. In fact, the metal genre once stood for all that we appreciate when it comes to music. Defying authorities. Breaking the rules. Doing whatever you want, despite everyone around you proclaiming it a dead end.

"These days, when the record industry is not what it used to be, when only a small percentage of our potential audience are buying music as a physical product, sitting in their favorite chairs with trembling hands cradling the album cover, we are extremely proud that Nuclear Blast are willing to give us the opportunity to release more records, and to hopefully give even more people a chance to enjoy us.

"We will take that chance; we will fondle our instruments with slightly drunken Swedish hands, we will spend late evenings discussing why we even became musicians in the first place, we will have heated arguments about why Steve Gadd was once considered the greatest drummer alive, how Tommy Bolin's Tele neck affected his Strat sound, why Dave Bickler never sounded as good without his beret, and why music isn't as good as it used to be. We will find the solution to all of this. And we will not disappoint you."