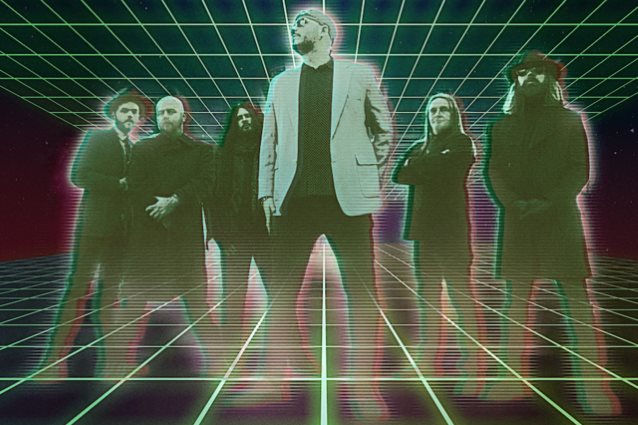 Commented singer Björn Strid: "'Amber Galactic' was made during late nights and way too early mornings, when sometimes, in the corner of your eye, you can catch a glimpse of another dimension, where all the women are heartbroken space commanders in evening gowns, the champagne is always free and the drugs won't hurt you.

Guitarist David Andersson adds: "Musicianship in itself is not interesting, neither are the technical aspects of creating music. The ideas and visions behind the music are the only things really worthy of in-depth discussions.

When asked about the direction of THE NIGHT FLIGHT ORCHESTRA within the realm of classic rock, Strid explains with a chuckle: "Most other classic rock bands sound like weed or LSD — we sound like cocaine."