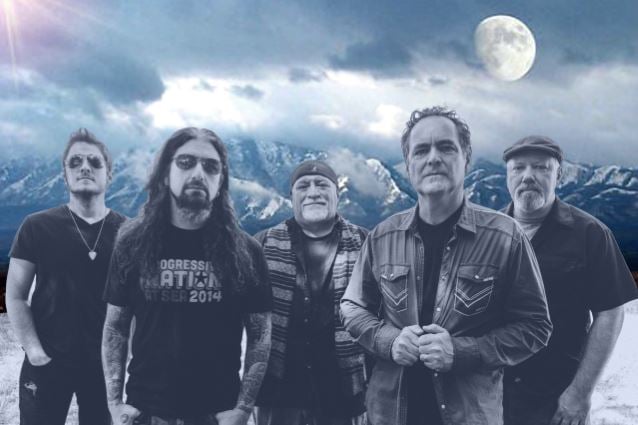 The journey of Neal Morse has seen three decades of musical accomplishments, the latest being the inception of THE NEAL MORSE BAND. Morse has forged many relationships over the years with his other bands, SPOCK'S BEARD, FLYING COLORS and TRANSATLANTIC. However, the most compelling and fruitful efforts have been those with drummer Mike Portnoy (THE WINERY DOGS, TWISTED SISTER, ex-DREAM THEATER).

Now the current lineup of THE NEAL MORSE BAND — Morse, Portnoy, bassist Randy George, keyboardist Bill Hubauer and guitarist Eric Gillette — brings forth "The Similitude Of A Dream", a concept album to be released November 11 on Radiant Records via Metal Blade Records/Sony.

This will be the eighth studio album with Morse, Portnoy and George, and the second as a true collaboration with this current lineup. A lyric video for the song "Overture" is now available below.

Clocking in at over a hundred minutes, this amazing piece of prog storytelling will leave you breathless, exhilarated, amused and fulfilled in a way that only inspired music can. It will be available in various formats: a two CD package, a special edition with the two CDs and "The Making Of A Dream" DVD, or as three vinyl records along with two CDs.

Together, Morse and Portnoy have launched four bands, but the one that has endured the longest and thus with the most musical output has been THE NEAL MORSE BAND. Over the years, Morse, along with Portnoy and George, always assembled musicians as needed to support Neal's solo music. In 2012, they held auditions to find the musicians needed to fill out the band as a permanent lineup that would write music collectively. Hubauer and Gillette joined the band after three days of auditions. The fivesome went on to release "The Grand Experiment" in 2014 followed by the "Alive Again" live DVD/2 CD package in 2015.

As Neal Morse explains: "'The Similitude Of A Dream' is loosely and sometimes directly based on the book 'Pilgrim's Progress' by John Bunyan. The book's original title was 'The Pilgrim's Progress' from this world to the that which is to come, delivered under the similitude of a dream, and it was originally published in 1678. The book chronicles the spiritual journey of a man from the City of Destruction to the place of Deliverance. Someone had suggested to me that I do a concept album based on this book, but I kind of forgot about it. Then when I began writing new songs last December, the suggestion came to my mind. I had never read the book, so I Googled the SparkNotes story outline and began to write some little song bits and instrumentals based on what I had read. Those bits combined with the ideas that the other guys brought to the table then miraculously exploded into this double concept album. Funny thing is, this album only really covers about the first 75 or 80 pages. Maybe we should've made a five disc collection! Well, we'll save that for later. Ha."

He continues: "At the conclusion of the grueling recording sessions, I remember Mike saying rather prophetically, 'Boys, I think we just made the album of our careers.'"

"I honestly think this is the album of my career," declares Portnoy. "Neal and I have now made 18 studio albums together, and I consider 'The Similitude Of A Dream' the absolute creative pinnacle of our collaborations together. I've always had a soft spot for double concept albums such as PINK FLOYD's 'The Wall' and THE WHO's 'Tommy', and I can bravely say that I think we've created an album here that can sit side by side with those masterpieces. Bold words, I know, but after a career of almost 50 albums, I honestly consider this to be one of the defining works of my career."

"We weren't sure we had enough music to make a double CD, and yet it seemed as though the concept and the music wanted to go there," bassist Randy George continues. "Ultimately, we created so much great music in the sessions that it just had to be a double album! To cap that off, we worked with a pre-imminent classic album cover artist to create painted illustrations of our concept which will grace the booklet!"

"The Similitude Of A Dream" track listing:

THE NEAL MORSE BAND tours worldwide almost yearly and continues to grow in popularity, attracting new listeners everywhere they go. The band has toured in North America, Central America, Europe, Israel, Mexico and India. The shows are filled with excited and extremely loyal fans, some which have regularly traveled very long distances to see the band. The band has an extensive catalog of live shows on Blu-ray and DVD as well.

Their latest round of worldwide tour dates start January 15, 2017 in Morse's current hometown of Nashville, Tennessee. More dates will be announced in the coming weeks. 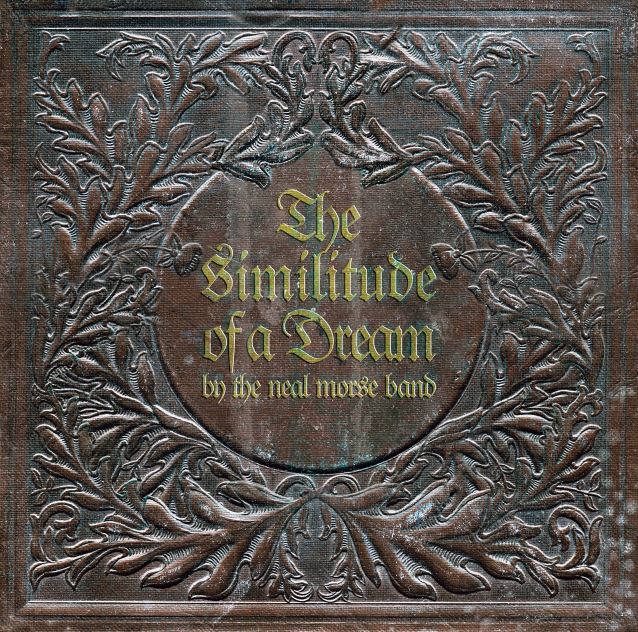