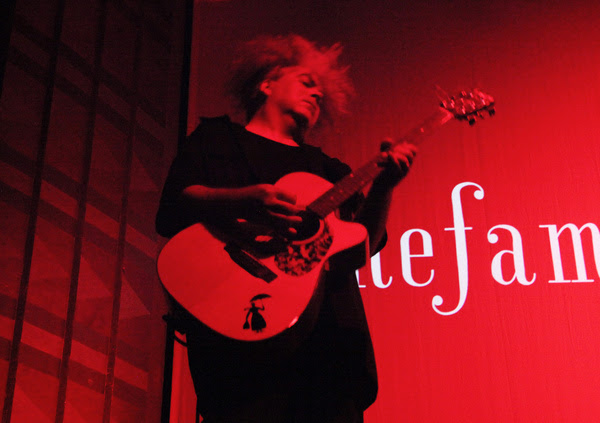 THE MELVINS return with a double album, "A Walk With Love And Death", on July 7 via Ipecac Recordings.

The dual albums find the trio of Buzz Osborne, Dale Crover and Steve McDonald showcasing two distinct sides to the band's music: "Death", a proper MELVINS release, and "Love", the score to the Jesse Nieminen directed, self-produced short also titled "A Walk With Love And Death". A release date for the short has not been announced yet but a trailer has been made available.

"This was a huge undertaking," explained band ringleader Buzz Osborne. "All three things: the album, the soundtrack and the film are benchmarks for us."

Drummer Dale Crover added, "'A Walk With Love And Death' is one giant, dark, moody, psychotic head trip! Not for the faint of heart. You'll sleep with the lights on after listening."

A North American tour is in the works for this summer, with dates to be announced soon.

"A Walk With Love And Death" track listing:

"A Walk With Love And Death" pre-orders will launch soon, with the collection available as a double-CD, on vinyl and digitally.