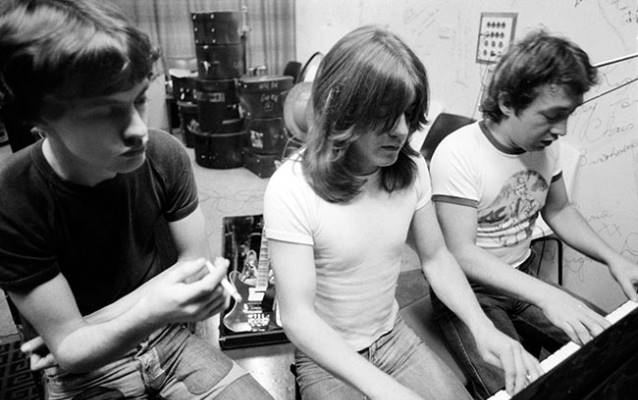 Just before Malcolm and Angus Young took us on a debaucherous decent down that Highway To Hell, they joined with their talented brother, George Young and guitarist Harry Vanda, to form the brief-yet-musically-significant group THE MARCUS HOOK ROLL BAND. Back then, there was no such person as Marcus Hook, nor did the "band" originate from the borough of Marcus Hook in Pennsylvania. George and his fellow musicians only ever existed as a band in studio, releasing three singles and one album in the early '70s. When any of these tracks turn up on Internet auction sites today, collectors bankrupt their PayPal accounts to win them. Now, THE MARCUS HOOK ROLL BAND is releasing their one and only album, 1973's "Tales Of Old Grand-Daddy", on June 3 through Parlophone as CD/vinyl/digital download.

The truth is, if THE MARCUS HOOK ROLL BAND had ever come out of the studio, played live, travelled the world, promoted their records, and found the success they certainly deserved, then the AC/DC phenomenon that electrified the rock 'n' roll landscape for decades might never have gotten off the ground.

THE MARCUS HOOK ROLL BAND is one obscure, but significant, persona of the legendary partnership of Harry Vanda and George Young. Their better known personas are the '60s beat phenomenon THE EASYBEATS, and later the mysterious entity FLASH AND THE PAN.

George Young explained: "We had Harry, myself and my kid brothers, Malcolm and Angus. We all got rotten, except for Angus, who was too young, and we spent a month in there boozing it up every night. That was the first thing Malcolm and Angus did before AC/DC. We didn't take it very seriously so we thought we'd include them to give them an idea of what recording was all about."

Engineer Richard Lush explains: "The sessions were great fun, fuelled with plenty of Old Grand-Dad bourbon. Angus Young drank milk. Despite their youth, as we all now know, Angus and his brother Malcolm played guitars as well as Harry."

The production notes, recently unearthed at Abbey Road Studios, reveal that on many of the tracks Malcolm Young shared rhythm guitar and guitar solos. The Kentucky bourbon seems to have affected everybody's memory. For instance, there is some great slide guitar on the album but no-one can remember who supplied it. Harry thinks it might have been Kiwi-born Kevin Borich, but Kevin does not remember being there. Wally vaguely remembers Malcolm doing some slide guitar, but really can't be sure. So the challenge for the astute listener is to figure out which licks and solos belong to a seventeen-year-old Angus Young.

The song "Ride Baby Ride" can be streamed using the SoundCloud widget below (courtesy of Billboard.com). 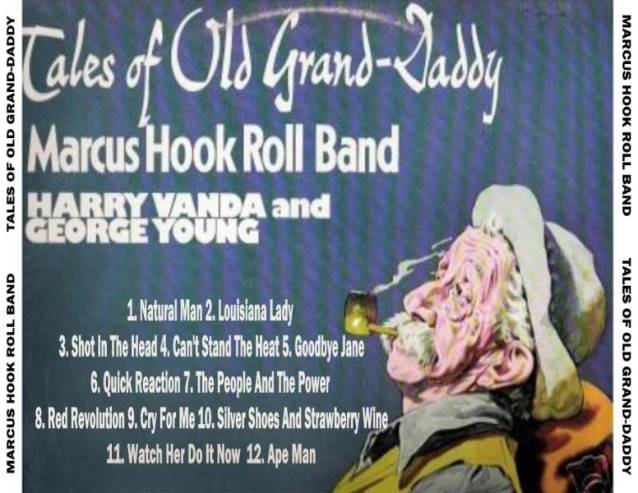